From OpenStreetMap Wiki
Jump to navigation Jump to search
Tag:allotments=plot - Other languages 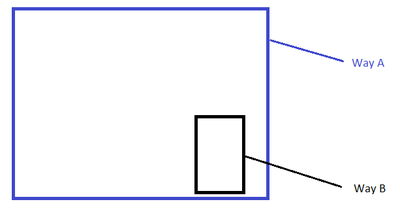 Warning: Hand-drawn maps maintained by allotment associations may include the names of people operating the plots. If you have access to such a map you should not include the name of any living person in a plot reference or name as this might contravene data protection/privacy legislation. Even if the country where the plot is located has no such legislation now, it may in the future. There are also concerns that some countries may have legislation on these matters that is so strict that identifying the operator of the plot in another country may lead to them blocking access to OSM.

Note: You should not insert the names of people in a "hidden" way by using description=*, note=* or any other tag. Those tags may not be rendered but they are easily accessible using, for example, the query tool of the standard map which will show all tags associated with an object.