From OpenStreetMap Wiki
Jump to navigation Jump to search
Tag:natural=peninsula - Other languages 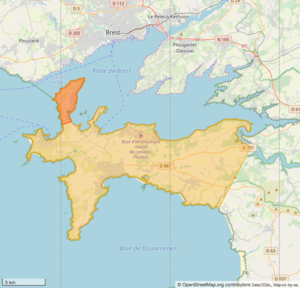 The tag natural=peninsula is used to tag a named peninsula (from Latin paeninsula, from paene "almost" + insula "island"): a piece of land projecting into water from a larger land mass and being nearly surrounded by water.

A peninsula can also be part of a larger peninsula:

in the center of the peninsula or draw an area

Please do not map very large peninsulas like subcontinents as multipolygons as they strain the servers much and are hard to maintain. (Relation#Size recommends a maximum number of 300 members in a relation.) 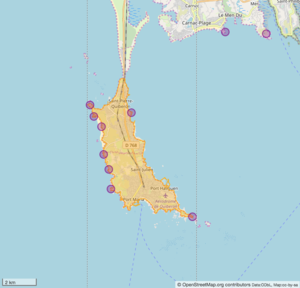