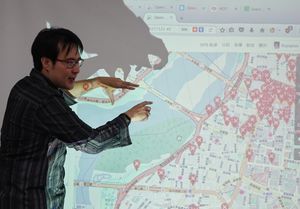 The mapping plan is divided into areas according to city districts, and also projects that affect the overall quality of the map.

The Taipei County was upgraded to a special municipality as New Taipei City on 25 December 2010.