TomTom Devices run Linux, so they have best requisites for being used together with OSM. It is possible to port Linux software to run on these tiny little devices. They have touchscreen, framebuffer-driven full coloured screens, USB, bluetooth, a very sensitive and accurate GPS receiver (nmea driver), Serial (RS232), SDCARD slot, 32,64 MBytes RAM, 512MB up to 2 GB FLASH HD. 500 MHz ARM processor. The battery lasts for about 3 hours. The Navigation software is proprietary closed software and the map file format is unknown. At the moment it is not possible to use OSM data with the original software. Navit has been ported to the TomTom devices, gosmore has not yet been ported. There is a good Tracklogger available to collect tracks, which can be uploaded to OSM. Also games, a media player, altimeter, planetarium etc. have already been ported. 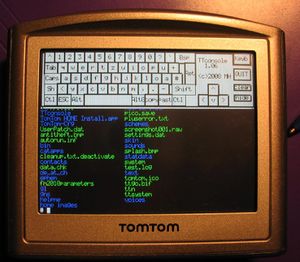 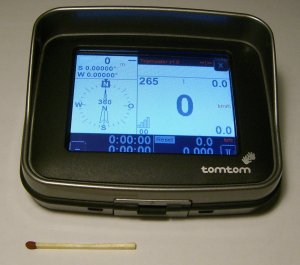 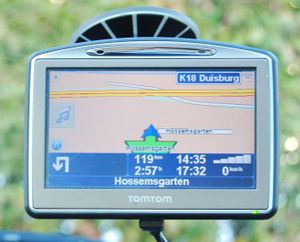 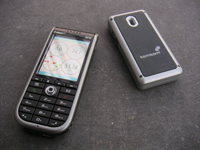 Or you can also use the Bluetooth receiver as an external logger with some other device. I use the TomTom receiver with my Windows Mobile smartphone to log the tracks with the great shareware GPSDash program. The smartphone has a 1GB SD card so I only have to care about battery life.