Even though most (iD, JOSM, Potlatch 2) editors do support loading local (non-uploaded) GPX files, you may still find it useful to upload GPX files containing primarily waypoints to OSM (to enable collaborative editing, if for no other reason).

What is a waypoint?

Waypoints are also known as Points of interest (sometimes shortened to "POIs").

They are single points you can log with your GPS device. Waypoints usually mark geographical positions of interesting objects, like:

How should I label waypoints while mapping?

To distinguish between different waypoints (e.g. between two different restaurants), GPS devices label them with numbers or names. Instead of typing in specific names for every waypoint, we suggest accepting the automatic numbers or names given by the GPS device. While surveying the area, you can write the names of the logged objects on a notepad or dictate them to a voice recorder, as you will have to enter this information in OSM manually later. See Mapping techniques#GPS Waypoints for a more detailed description.

How do I add waypoints I recorded to OSM?

You will need to:

Power users may want to look into JOSM for a one-stop editing and mapping solution.

For the rest of this article, we will focus on #3 and #4. This is not the most elegant of methods, but it's simple and it works.

Preparing to upload the GPX file to OSM

Have you saved your waypoints using your GPS software (e.g. MapSource) in a GPX file?

If so, great! You are one step away from uploading your waypoints to OSM.

The OSM server will reject a GPX file that contains 'waypoints' only. The file must contain at least one 'trackpoint' as well.

Usually, if you've been out surveying with your GPS set, you will have recorded both tracks and waypoints - in which case you can skip the next section. However, if your GPX file includes only waypoints, you need to add a fake trackpoint.

Open the GPX file in a text editor and paste the following text in. The text should go immediately after the line at the start of your GPX file that begins with "<gpx " and ends with a ">".

Bringing the fake trackpoint close to your waypoints 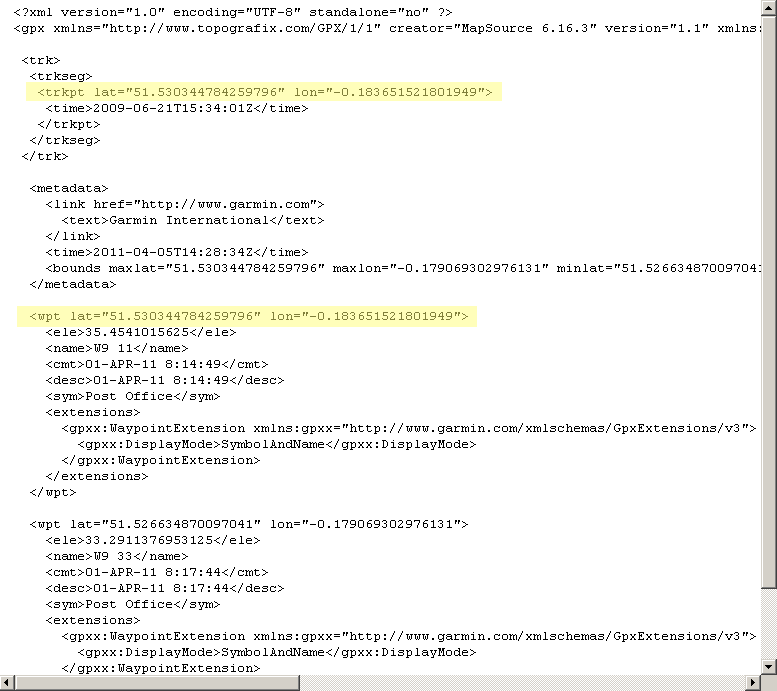 Now save and close the GPX file. You are ready to upload your waypoints to OSM!

Uploading the waypoints file to OSM

After logging in to the OSM website, you can upload the GPX file you prepared.

Go to your listing of uploaded tracks ("my traces"), and click the 'edit' link (the following description assumes you have Potlatch 2 set as your standard editor) next to the trace as highlighted below:

Potlatch will open, showing the waypoints you just uploaded as little red circles:

You now need to unlock each waypoint by holding "Alt" on your keyboard and clicking on it once. (or Ctrl-Shift if you're using a system that doesn't allow Alt; see Potlatch 2/Shortcuts).

Now you will need to tag your waypoint by giving it a category: 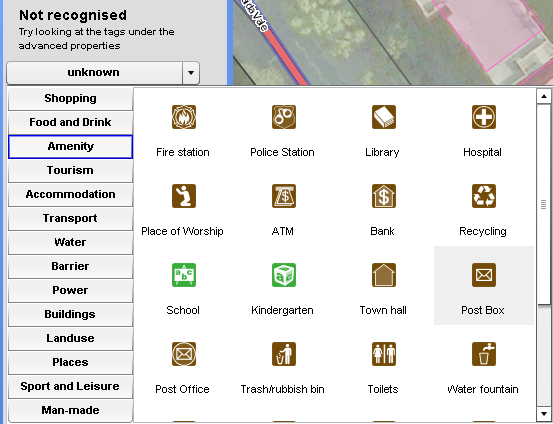 ...adding any additional information you have captured about your waypoint: 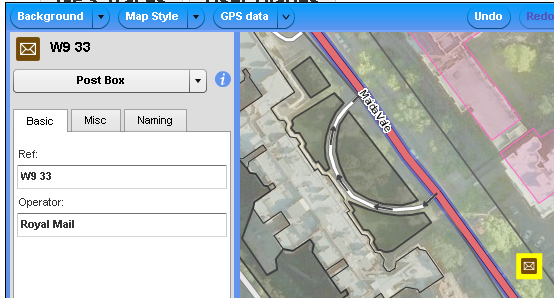 Congratulations, you have just added a new Point of Interest in OSM for everyone to use!

See this question on help.osm.org: How to make survey data and POIs/waypoints available to be used by other mappers.