I'm Andy Allan, and I'm based in Putney, London. I started helping with this nonsense in October 2006.

I'm currently working as a freelancer/consultant specialising in all things OSM. If you have a project and you need some help get in touch at http://www.gravitystorm.co.uk

OpenStreetMap isn't a computer project, it's an outdoors activity.
Less of the bulk imports and wikifiddling please.
Go outside and map!

Here's a list of things that I think are high priority for the project. I'll get round to them all eventually unless other people beat me to it, but that could take a while. If you see anything that's on this list and you'd like to see it happen, let me know if you can help. If you want me to stop working on other things and concentrate on this stuff - and you've got funds - get in touch! 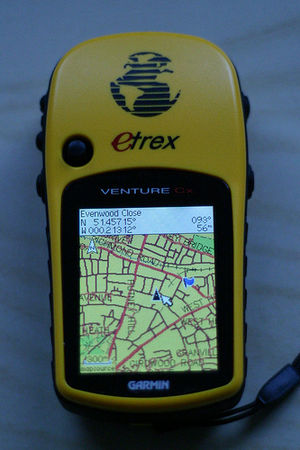 Putney on my GPS - a featured image 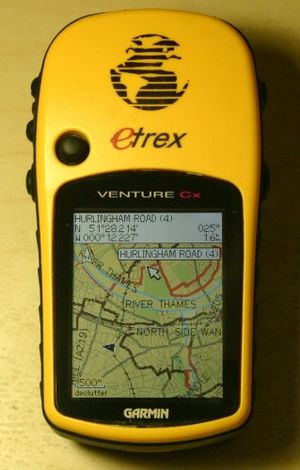 I've got a Venture Cx, that I bought almost exclusively to use with OSM. So I'm glad it works! Here's some tips if you've got a similar model:

It works fine with linux, once you get it going. It's got a mini-usb connector on it, but doesn't come with a cable - don't worry, any old usb -> mini-usb cable will work, so you can ignore all the GPS Serial to USB stuff. For Kubuntu 6.06 Dapper (would be the same for Ubuntu) I make the changes from this page in the Fedora Core 5 section, but I'm not sure if that helped. What definitely did was installing a newer version of gpsbabel - Dapper comes with 1.2.7-1, but that doesn't support the Venture Cx. I downloaded and compiled 1.3.1 - install libusb-dev (using Adept etc) first, otherwise it won't add USB support, which is needed! It looks like Edgy will also ship with 1.2.7-1, which is a pity.

I use the "gpstransfer" script from How to get data from a Geko 201 to get the data off the GPS when it's plugged in.

I've found that setting the tracklog to 4 seconds on foot and 1 second on a bike is perfect for the comprehensive walking-up-and-down streets that I like doing. Just don't "save" the tracklogs! As I found out after a few days, thanks to this page, the unit heavily compresses the data when it saves - it strips out all the timestamps from each point, and tries to strip out as many points as it can from straight line areas. I had spent a day or two thinking the GPS reception was really shit! And OSM won't accept tracklogs without timestamps, so it ruined one afternoon's work - thankfully, JOSM didn't mind, so we got the streets sorted anyway.

Also, the gpstransfer script pulls all the tracklog data into the output file (is there a way to change this?), so if you keep any old tracklogs saved, when you pull the fresh ones you'll get the old crud too.

I use mkgmap to get OSM maps onto the GPS, since the basemap that comes with it is so rubbish! It really rocks, and it's a little bitty cheaper (and much more cool) than buying commercial maps. A 1Gb microSD card only costs 25 quid, and with about 9sq km only taking up 35Kb, there's plenty of room for more maps!

I am a groupie.

Need a map was a HUGE SUCCESS.
It's hard to overstate my satisfaction.