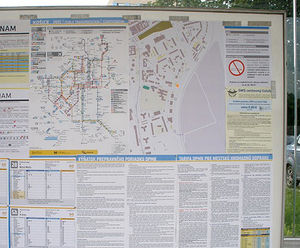 Some Slides from STOM ( on talk@ )

A new tool in early stage of developpement was showed... feedback is welcome

Mountain Pass...With or without locality ( talk@)

A discussion begun about the use locality=* on mountain pass to show some of them at lower zoom on osm. Once again the debate render over data.

Some asked to have an ssl protected wiki and it seems that the admin are working on it.

shoulder of a road is really important for some cyclists. It's a kind of cycleway when there are no cycleway. Propositions suggest the use of cycleway=shoulder or the use of the "Shoulder" tag proposition

Moving from amenity to emergency ( talk@ )

There are some discussions about moving emergency related amenity to an "emergency" tag like :

Many people complain about the poor informations that are entered as changset comments. These are there to explain what but also why you made your changes so using "fix stuff" or "some work" will not help other to undersand your work :)

Some times ago there was a proposition about amenity=fire_hydrant but there was never a vote. Here is a new Proposal, more precise  : Proposed_features/Fire_Hydrant.

Someone asked what is the best way to tag a complex bridge with multiple layers and other features insides. One of the answer has pointed out a proposition made of relations Relations/Proposed/Bridges_and_Tunnels.

Then discussions goes on if it's a rendering or a tagging one.