Dar es Salaam is the largest city in East Africa, and the former capital of Tanzania with a population of over 4 million (it is still the main administrative center of the country, as the relocation of the new capital to Dodoma is ongoing). Administratively it is one of the 31 regions of the country (located in the Coastal Zone) and is subdivided into 5 districts (operating locally as distinct municipalities).

The city suffers from flooding. In May 2015 there was a particularly severe flood event which prompted renewed mapping attention and a new initiative, which is still ongoing (for flood resilience).

Areas requiring mapping detail in relation to the floods, would be the many slums and low-rise residential areas built too close to the rivers in the city centre on flood plains. This image give you some idea. In this blog post and recent flickr photos we can see displaced people appear to be camped out in a bus shelter here on the map.

Dar Ramani Huria is also one of the key sponsors for the first State of the Map Tanzania conference in Dar es Salaam, on 8-10 December 2017. 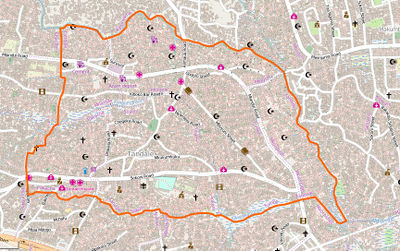 Tandale is one of the most densely mapped areas in the whole of OpenStreetMap.

The world bank has sponsored various mapping initiatives, some carried out by Mark Iliffe, some earlier work carried out by GroundTruth initiative working with the university there. These projects had a focus on the Tandale slum ward (in Kinondoni District, here on the map), and in fact this is now one of the most densely mapped areas of map data in the whole of OpenStreetMap! It continues to receive mapping updates via the Ramani Huria project described above, which involve on-the-ground data collection efforts supported by up-to-date UAV imagery.

Generally the city could be improved elsewhere, with some attempt to even out detail levels.