This country on the Eastern coast of Africa includes the archipelago of Zanzibar. 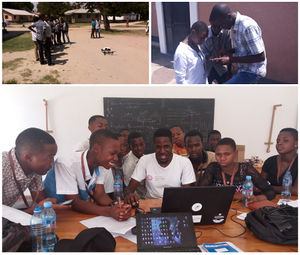 The coastline is defined by

In Tanzania this usually means that the coastline should be drawn in the upper part of the beaches.

If we stick to the recommended practice that a city is a place with over 100,000 inhabitants, we can use the 2002 census data (http://www.devinfo.org/CensusInfoTanzania/libraries/aspx/Home.aspx) to identify how we should classify cities, towns and villages in OSM:

They are all present on map.

We think we have included everything that should be classified as a 'town' in OSM (10k-100k).

For those places that might have been missed, it is suggested calling them a 'town' in OSM if the Tanzanian census shows them to be 'Urban' and > 10k, or to be 'Mixed' and > 20k. Any inhabited settlement below that and which have defined administrative boundaries should be a 'village', provided it has some local organization (for about 100 inhabitants or more).

Any other unorganized rural settlements that jsut fall within the administrative boundaries of organized cities, towns, or villages should be a 'hamlet'; they usually have very low local population (<100 inhabitants), with very few houses or just a farm and some dependant facilities. Any other named place which is not inhabited but only has some facilities or features should be considered a 'locality'.

To find/confirm name of villages there is the Rural Electrification Health website and Population by village/Mtaa level 2012 PHC opendata dataset.

In order to distingish between trunk, primary and secondary roads, it is suggested to used the classification provided by Tanroads: (http://www.tanroads.go.tz/index.php?option=com_content&view=article&id=110&Itemid=115) At least trunk roads are quite clearly outlined, primary and secondary may be derived from the maps provided on their website.

From the website of Tanzania Railways: (http://www.trctz.com/networkmain.htm) We can try to pencil in all the stations insofar as we have coordinates for them or we can find them on the yahoo imagery.

The wikipedia article at http://en.wikipedia.org/wiki/TAZARA_Railway has the same for the Tazara railway to Zambia, though I suspect there are more stations than listed there.