From OpenStreetMap Wiki
Jump to navigation Jump to search
Switzerland:Genève - Other languages
Portal for WikiProject Switzerland

See the map of Geneva

A register of street names is available for the town of Geneva. The register compares the street names in OSM with the information provided by the Système d'Information du Territoire Genevois of the Canton de Genève and lists the differences.

Most of the area between the river Arve and the Lake of Geneva, i.e. the City, Rues Basses, Eaux-Vives, Plainpalais and Jonction is now wayed, but I am still not happy how it looks like (street name are way too long) --Gummibaerli 23:41, 27 August 2007 (BST)

Most village's names and main roads are done [1].

Most village's name and some roads.

Initial mapping was done during the Lift Conference, Geneva, but segments were not wayed (back when segments needed waying!) 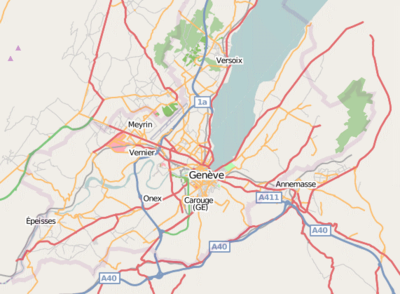 Geneva OpenStreetMap coverage back in 2008