An unwayed segment is a something which is no longer possible within the database/API or Editing interfaces, for the simple reason that "Segments" no longer exist as an Element type (since API v0.5) In fact removing unwayed segments was a key step in migrating to the new 0.5 data structures. 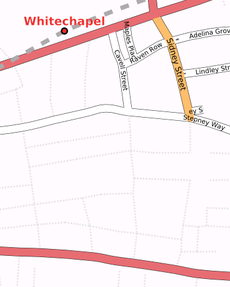 Back in the days when "ways" were made up of "segments" (a line connection between two nodes) pre October 2007, it was possible to create a segment, but then leave it in an unwayed state, i.e. not part of any way definition.

There was some discussion about whether unwayed segments were useful thing to have within the map data. Some suggested not, while others were using them to represent roads which they had sketched in, and which they hadn't fully surveyed to gather all the data about. They were even used by some people to facilitate Sketching over the Yahoo! aerial imagery.

This worked particularly well in the period when earlier versions of the tiles@home osmarender layer used to display the unwayed segments in faint grey, alowing everyone to get a quick overview of sketched in areas of roads. JOSM by default displayed unwayed segments in green (while ways were blue)

Since Data Primitives do not include segments any more ...this is all history.