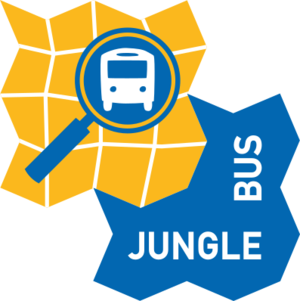 Jungle Bus was an Android app for on-site bus stop collection. It is no longer available nor under active development.

It's dedicated to a new generation of users that don't have the patience to learn complicated tools. It's simple, straightforward and efficient.

This java-based app is a fork of OSM Contributor edited by the company Jawg Maps for the Jungle Bus project.

The main goal is to allow a small group of contributors to simply collect all bus stops within a city to create a transport map.

The Jungle Bus project produces tools to lower the entry barriers for such a project, such as (but not limited to) the Jungle Bus mobile app.

Please help us translate it in your own language.