This page is intended to record the history of Korean street addresses. From now on we should aim to record the new style (after 2009) addresses, although it is possible the older addressing styles will persist for some time.

User vineldi has provided this example of the progression of Korean street signs and addressing. 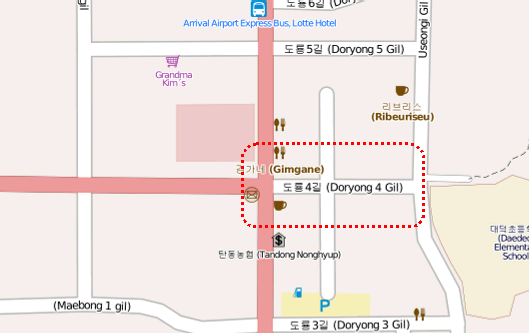 In the old block numbering system before c.1999 the address was

In c.1999 a new addressing scheme was introduced. This roadsign was installed at that time:

In c.2009 another new addressing scheme was introduced. This roadsign was installed

For this street sign the following tags should be used: