India has hundreds of native languages, scheduled in 22 primary languages by the Indian Constitution[1]; 99 primary languages are still not scheduled, and may be pending addition, but may have limited recognition only in some States or Union territories (sometimes only in some districts).[2] Additonally a few other foreign languages are still significantly used with no sign of extinction, or have limited recognition for the preservation of culture or for mutual communication across national and foreign communities (including English throughout the country).

States and Union territories of India 304716304716 (i J P2).
Note: Telangana is effectively number 29 on this map, out of normal alphabetic order of states names in English. Union territories are indicated by letters.

Languages of India by state or Union territory

The following table list the following languages that have a national or local official recognition or are significant minority language kept for preservation of culture; in order to keep the table as compact as possible, the following ISO 639-1 (or ISO 639-3 otherwise) language codes are used to represent them (underlined numbers in cells indicate their relative order of importance in each state or territory, by estimated speakers count, with 1 indicating the most important language used in that area); when a language is not officially recognized locally and there's no estimated count of speakers, no rank is given, but a note is added for the limited usage (this currently applies only to English in some states where the language is not official at state level, and where Hindi is also not used for inter-state communication at national level):

If additional languages are used in only one state or territory and their recognition is limited to only a part of it for a minority of people, they is indicated with a "+" in the "other" column with a note to list them (these minorities may still be quite large with often more than 1 million people, when compared to official languages of other countries).

India has many more (hundreds) languages: not all of them are recognized, or they are often used along with another locally recognized language for vernacular usage between communities (and sometimes considered minor variants or dialects of another language because they don't benefit of some minimal level of standardization or educational support by local authorities), so their number may increase over time if they get protected by local academic efforts for preservation of their culture, and these local efforts get some constitutional support at national or state level. 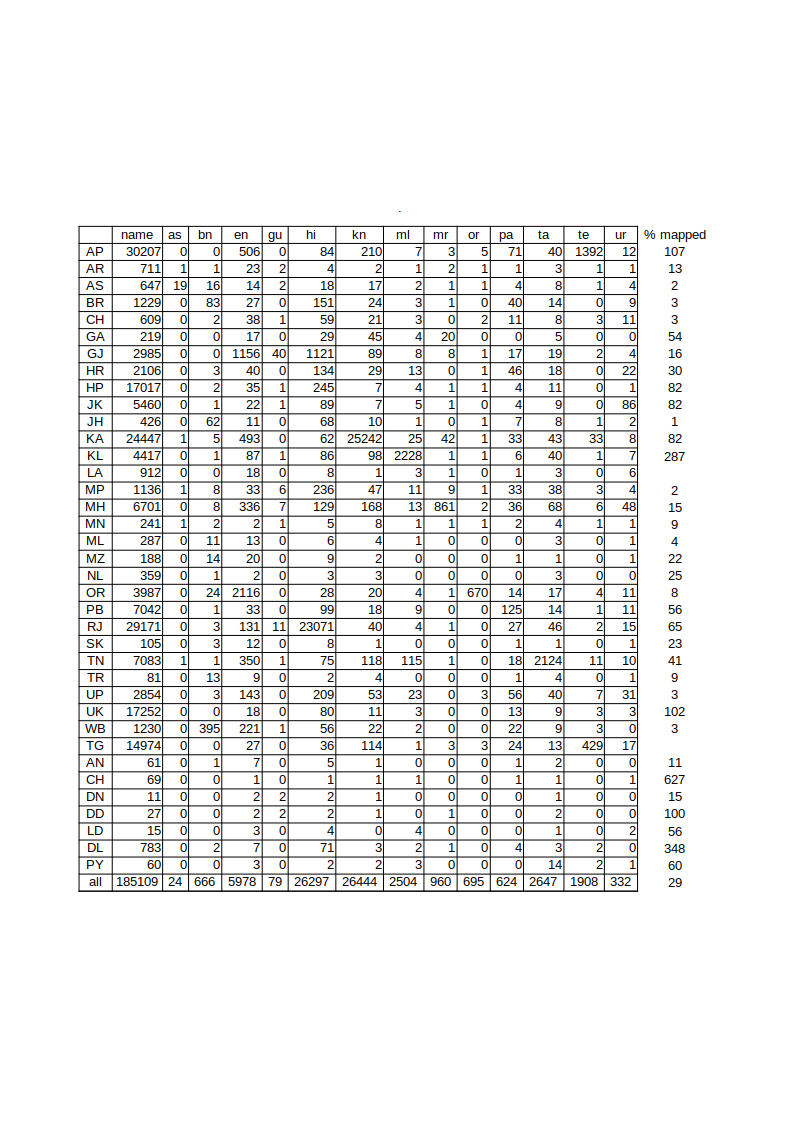