This page provides a detailed explanation of the Bamako Urban Transport Mapping (Sotrama) project funded by the World Bank. This wiki is maintained and updated as the project progresses.

The population of Bamako has grown exponentially in the last 40 years. Jumping from under 500 thousand inhabitants in 1990, to more than a million in 2000, the population is estimated at approximately 3.3 million today. This translated in the rapid urban expansion of the city. A major constraint to advancing economically and increase livability, is the city’s lacking mobility, as was highlighted by the 2019 World Bank analysis “Bamako – Engine of Growth” The number of daily trips per person is one of the lowest in the region with only 3 trips a day. What constrains accessibility is how the road infrastructure is being used. In Bamako, roughly 9% of trips are made using a car and 17% using buses. More than half the trips in the city (57%) are made by walking – suggesting a somewhat limited geographical range of movement and thus limited access to the opportunities and services that the city can offer. Public passenger services in Bamako are operated by small minibuses and taxis only. While the service is critical for urban commuters, minibuses, operated by the transit union SOTRAMA, are the main source of congestion and pollution in the city. The SOTRAMA network, which is composed of privately-owned buses traveling on different routes, covers most of the city. However, according to customers the quality of the service is poor in terms of frequency, speed and comfort. There are no designated stops, and frequency of the service is unpredictable with often lengthy wait times (up to an hour for certain lines).

Against this background, this Technical Assistance (TA) will support the Government of Mail (GoM) in taking measures to increase access and mobility in the city. The World Bank provides support to the urban development of Bamako in different capacities, such as Mali Urban Local Government Support Project (P116602) and the Analytical and Advisory Services “Bamako Engine of Growth” (P171658) and is planning to support a new Bamako urban project, proposed by the regional counterpart.

Bamako is a very large city by its size and population. It is served mainly by several modes of public transport such as mini-cars with a capacity of 12 - 25 seats called "SOTRAMA". The SOTRAMA network serves the city with buses of 12-25 people capacity on certain assigned routes and certain unofficial, tolerated routes. The price for a trip ranges between 175 FCFA and 350 FCFA. The current network is mapped in some capacity but not sufficiently. The planned OpenStreetMap coverage of the transit network will cater two main objectives:

Additionally, this activity will also cater to the following collateral objectives:

network and put them at the disposal of end users and the client. The data to be collected should include the following aspects of the network:

Stakeholders involved in the project

The World Bank through GFDRR (the Global Facility for Disaster Reduction and Recovery) is the institution that started and is funding the public transport mapping project in Mali.

Startup working in the digital transformation of road transport in West Africa, is the firm in charge of the implementation of the project. 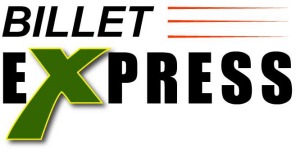 OpenStreetMap Mali, a community active in the free digital mapping of Mali, cooperates with the startup Billet Express Mali in the data collection and mapping of Sotrama lines. 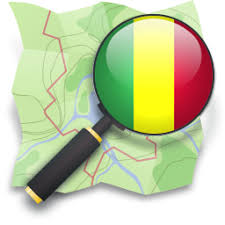 The document on methodology submitted in the framework of the project is available for downloading. : Download doc 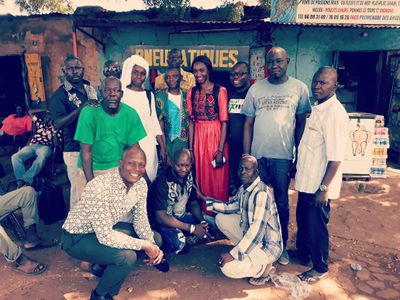 The collecting agents deployed on board the sotrama will be positioned exceptionally with the driver close to the windscreen to allow good reception of satellite signals and to guarantee good accuracy of the collected points.

Types of data to be collected

The collected information is being used to digitalize the sotrama transport network in OpenStreetMap and to create the open data format GTFS (General Transit Feed Specification).

QGIS the GIS software highlighted for the shapefiles production.

The Bamako Sotrama Lines and Stops Shapefile is Downloadable : https://store.data-transport.org/dataset/shapefile-sotrama-public-transport-bamako

-Watrifeed : is an OpenSource and collaborative web editor designed to standardize transport data in GTFS format developed by Billet Express via Data Transport has been used for the production of GTFS data for the Bamako Public Transport called SOTRAMA.

-All data can be visualised via our online web application TransitViz. : https://transitviz.org

To develop your own software solution, access the Bamako Public Transport Data Programming Interface (API) to develop your applications : https://watrifeed.ml/watrifeed-api