The Russian State Library in Moscow 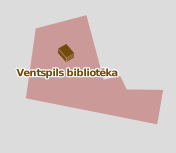 A library as rendered in the mapnik layer

Libraries are repositories of information, places of learning and of research. One of the ancient libraries, the Library of Alexandria is credited with comparing different versions of books with empirical standards which became the beginnings of the scientific method. Libraries are filled with adventures of discovery wrapped in layers of shush.

The Project of the Month is to add local libraries to the map.

Libraries can be mapped as a node or an area. As with other objects in OpenStreetMap, best practice is to only map an object once. That is, as a node or as an area, but not both for the same object.

The only required tag for a library is

It is recommended to also include additional tags to provide more detail.

Be sure to include the address as well.

These graphs show the number of libraries in the OpenStreetMap database and are updated once per hour.