Advanced stop lines are an area in front of traffic lights at a junction that allow cyclists to position themselves in front of the queueing traffic. These area are reserved for cyclists to make sure that they are clearly seen. They also help cyclists would need to turn right allowing them to position themselves on in the middle of the road. As advanced stop lines make cycling on roads more convenient (but not necessarily safer: http://www.bikexprt.com/bikepol/facil/stopline.htm), it is useful to know where they are when planning a route. Currently there is no way of knowing where these advanced stop lines are.

Advanced stop have started to appear in most cities across the world, therefore there is a lot of place where this tag could be used.

This tag would allow users to find routes that are more convenient for cycling. It would also allow people to find out how an area was designed for cyclists.

A possible way of rendering advanced stop lines on the map 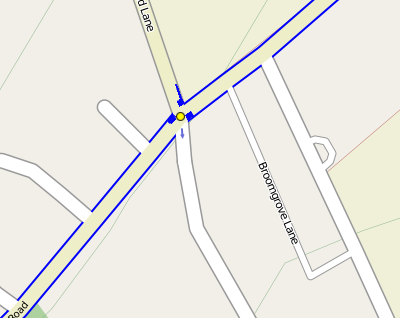 Before you start the voting please post the link to the request for comments thread on the talk mailing list.--Lulu-Ann 14:52, 13 July 2010 (UTC)