For oceans ands seas use natural=coastline instead.

In this example of a large river (created with a relation type=multipolygon+waterway=riverbank containing ways 1 to 7 ) with an island, way 1 to 7 can all have natural=bank

Why that and not just waterway=riverbank on the surface ?

waterway=riverbank is used to mark the area of a named river, but all borders of the river isn't always a bank (some people use it to tag rivers in several pieces of connected polygons, and the arbitrary junction isn't a bank) Also on confluence point of 2 rivers, the joining line if often marked as "riverbank" which it is not. This proposal aims at recording real banks.

It can be used without conflict with waterway=riverbank ( or natural=water if used on a relation) because those are used to tag area, while this proposal is for ways.

It's currently impossible (or very hard ?) to have such a rendering (ie a smooth junction between the river banks and the lake banks when you need special rendering for them) because there is nothing in the data to express the fact that the connection line between 2 bodies of water isn't a bank : 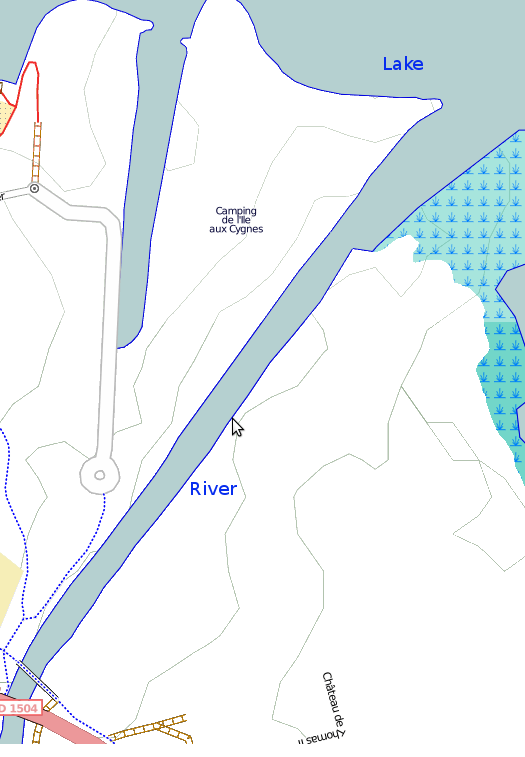 problems to solve (or not)