There's a Missing Maps Mapathon held in Reading most months — keep an eye on the Events Calendar or the Facebook group for details!

Reading is a unitary authority and borough in the South East England region. Together with the unitary authorities of Bracknell Forest, Slough, West Berkshire, Windsor and Maidenhead, and Wokingham it forms the ceremonial county of Berkshire.

The following areas are defined according to the Reading Borough Council wards.

N.B. these could do with dividing up according to Wokingham Borough Council's wards, and/or some other scheme that makes it very clear which area roads lie in. A good distinction between parts of Earley and Shinfield would be helpful. Also a list of surrounding villages like Sonning.

Please update this table if you add maps to the area, or if you notice missing areas from our coverage

This is an Osmarender of Reading University's Whiteknights campus (as of prior to 2010-05), showing recycling facilities: 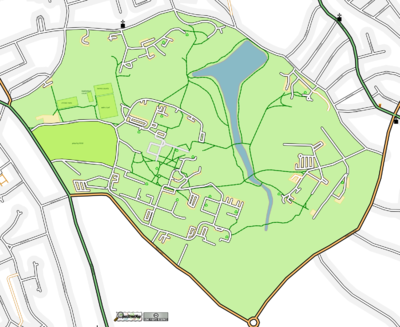 This is an Osmarender of Reading showing landuse areas and main roads (as of prior to 2010-05): 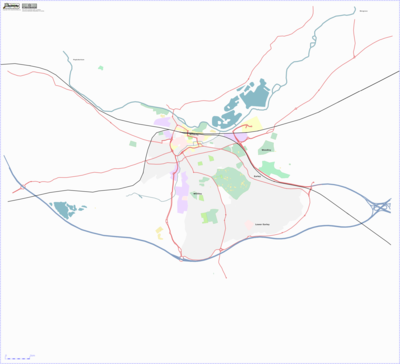 See also these maps of ethical locations in and around Reading, produced with OSM data.

On the 15th-17th September 2006 Tom, Robert and Jamie got together to do some more mapping. The new traces are colourfully overlaid on the existing grey raw GPS data. 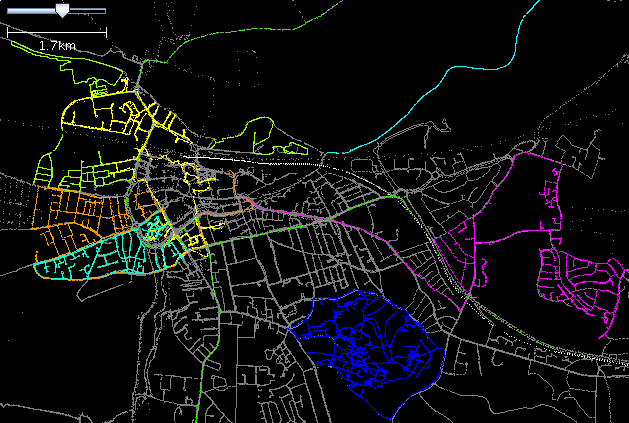