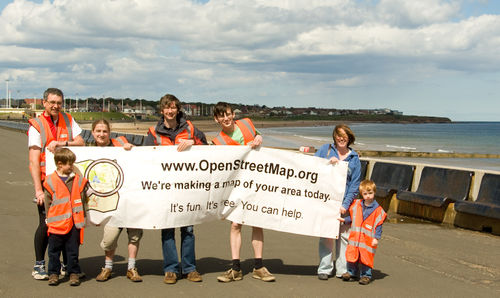 Sunderland was on the 2009 UK Mapping Priorities list, so we had a mapping party over the weekend of 2nd/3rd May 2009 to get some of it mapped! Nearby Durham was mapped quite well already, as was Newcastle so it was time to put Sunderland and its surroundings on the map. 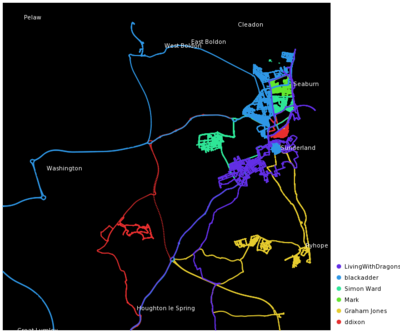 The two days will follow roughly the same pattern, although Sunday might involve less explaining (except for/if new people turning up) so you can pick your section and go.

Sunderland is on the "Durham Coast Line", and connects to Newcastle Central (on the East Coast Mainline, frequent/fast trains between Edingburgh and The South). From Newcastle it takes about 20-30 minutes, about 5 trains per hour.

Bicycles are allowed on Northern Rail services only from Newcastle(30 minutes past the hour) heading to Middlesborough. At the end of the tram-like train the 2-seat bench lifts up, providing just about enough space. Watch out for the door opening! Most services are the Tyne & Wear Metro, folding bicycles only (some types have to be in bags).

To avoid us all mapping the same area (wasting time and meaning less of an area gets mapped), we divide/slice the area up into a 'cake' and then we can each pick which slice we will map. Sunderland looks in a brilliant state to divide up. 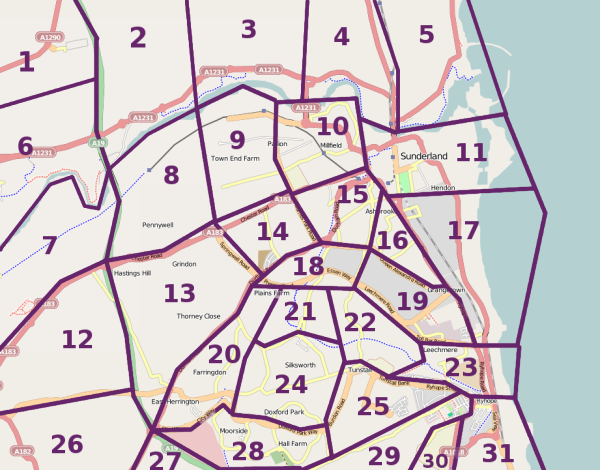 If there is an area you would like to map then you can edit the page and say so, otherwise you can decide when you arrive at the meeting venue.