This is a short howto on fixing connectivity along county borders using Potlatch. Similar principles apply in other editors

There are particularly serious data problems along county lines, where different TIGER datasets were imported. County lines show up as administrative borders at zoom level 9 (e.g.). The main problem is that each county import didn't "know" about adjacent neighbours, so created duplicate nodes where the end of a road meets the start of its continuation (or "twin brother") from the next county. This even affects major highways so prevents most Routing between counties. Other problems include overlapping roads and border ways - for example, when a road runs along the border it will have been uploaded twice in exactly the same place - once from one county and once from the other.

Here's a screenshot of a couple of ways crossing a county border. Everything looks fine at first glance, but this is raw TIGER data so it's not properly joined. 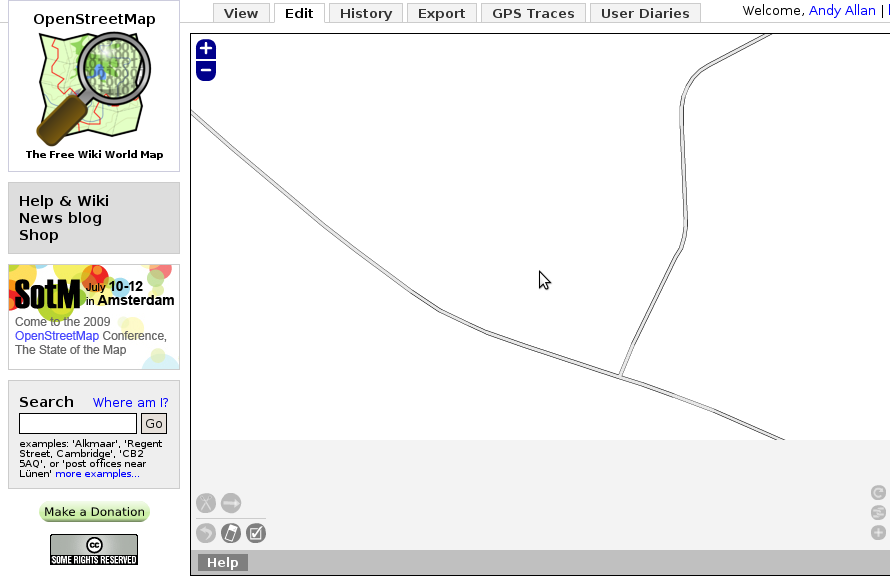 If you select the road on the right, you'll notice the end of it doesn't have a black box around it - i.e. it's not joined up to any other road. Which is strange, since it should join to the one on the left - they are both touching and clearly a continuation of one another. But one is in Mahoning County, Ohio, and the other is in Lawrence County, Pensylvania, and that's likely to be a problem. 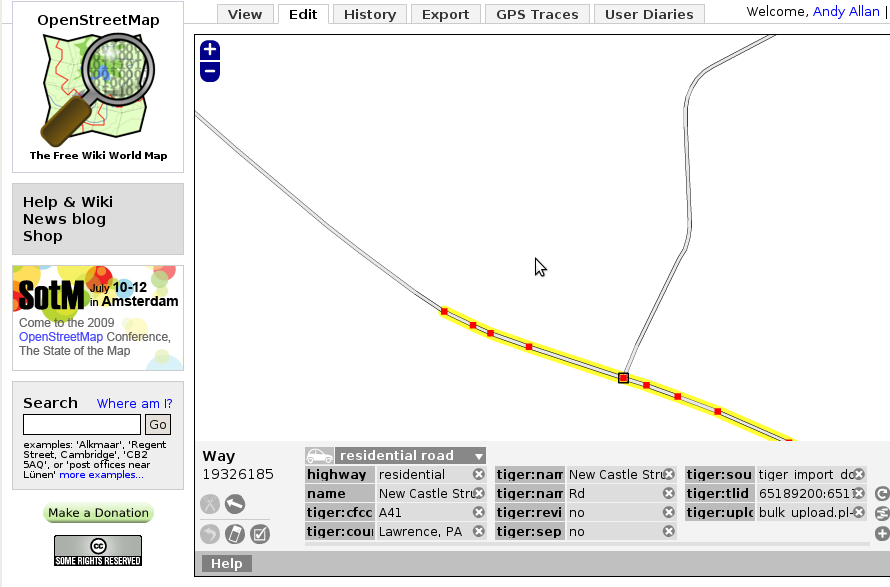 With the righthand road selected, click on the end node and check its number. It's node 200807874. 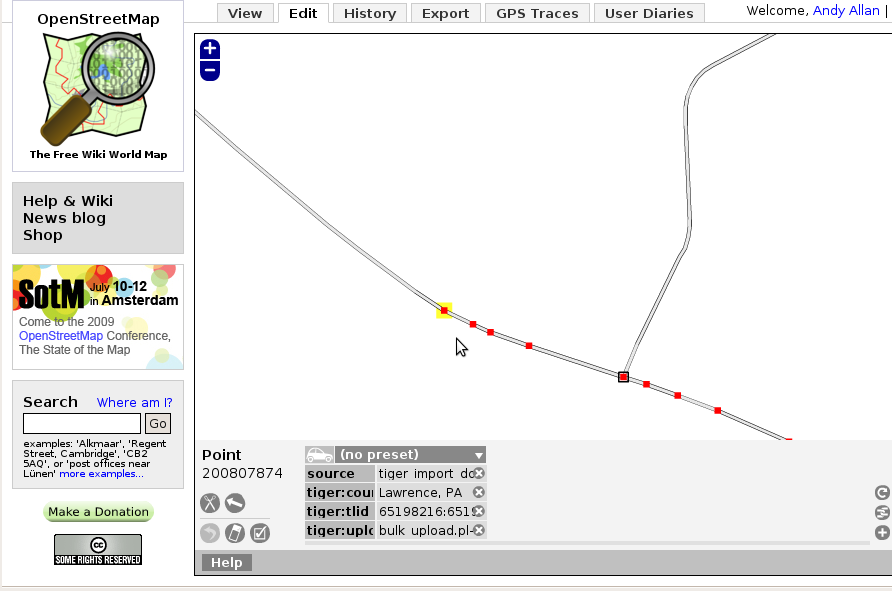 Now do the same for the left hand road. Aha! Node 198549987 - the node IDs are different. So we definitely have a problem here. 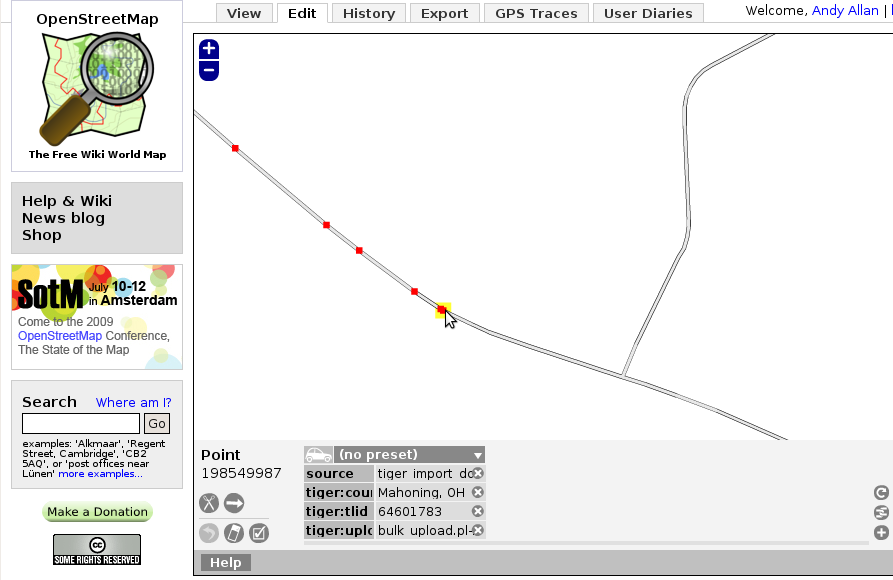 This is easy. With the left-hand road selected, click the final node. Now when you move the mouse, the black line shows you can extend it. Rather than doing that, press delete to remove the last node in the way. The observant amongst you will notice I actually deleted two nodes that were very close together, but generally you only need one. 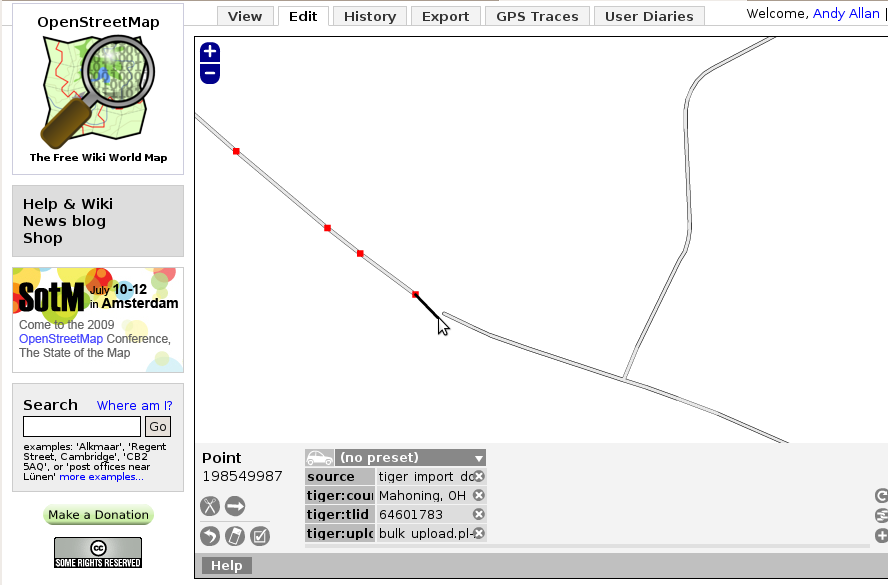 Now click on the end of the right-hand road. The black box around the node shows it's a junction node - well done! That's everything sorted. 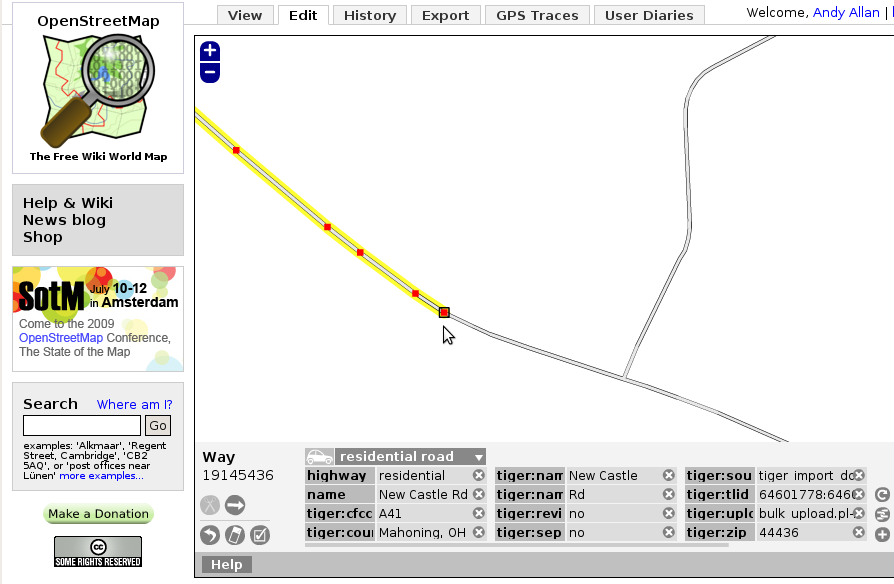 You can also use a validation tool like KeepRight to find and fix these.