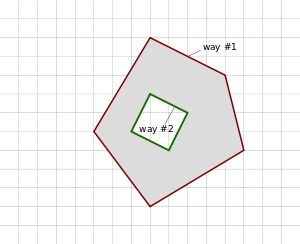 An island is any piece of land that is completely surrounded by water and (hydrologically) isolated from other significant landmasses;

an island is still an island (or if smaller than than 1 square kilometre tagged as place=islet ) when:

For example see the Ile de Cite ("City Island") in Paris, which at its widest spans more than 2/3rd of the width between the banks of the mainland and is connected to both banks with 10 bridges, and is commonly regarded as an island (and is tagged an Islet in OSM because of the 1 km² criterium) : 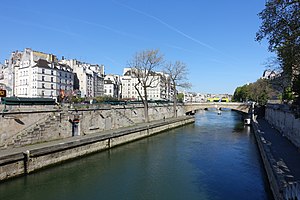