What about landuse=salt_pond instead of man_made=* ? I agree that a salt pond needs some sort of light construction to keep water inside, but I would prefere a landuse with eventually a man_made=dyke around it if needed. Sletuffe 12:25, 23 May 2009 (UTC)

I would suggest that yes, it's quite different, natural "salt desert" would better be tagged with some tag from natural=salt_desert or something like this Sletuffe 13:03, 23 May 2009 (UTC)

I support Sletuffe, both are different things. What you Zorko say, is natural, it doesn't need any human intervention. But salt ponds are not natural, someone has to "build" them, a channel to take sea water, and walls to isolate and evaporate it. Doesn't it have any other tag?? --Schumi4ever 14:37, 23 May 2009 (UTC)

There is already a tag wetland=saltern on the natural=wetland page. If I lookup both salt pond an saltern on wikipedia, then they are basically the same. The articles just emphasize different aspects. At a guess saltern is also a too British word for the American English dominated wikipedia. On the one hand I find it weird to find salterns under natural=*, because they are man-made. On the other hand a lot of things tagged natural=water are not natural either. Last but not least: According to tagwatch's continent pages nobody used wetland=saltern yet, but tagwatch is missing the North American continent. --Cartinus 14:57, 23 May 2009 (UTC)

In that case, I would support using wetland=saltern for naturaly formed salt pools and landuse=salt_pond for artificialy created ones. ( your remark about natural=water used for artifical lakes is true, It would have been better to create some sort of landuse=water, but it doesn't prevent us from creating a little better scheme this time ) Sletuffe 15:41, 23 May 2009 (UTC)

Yep, I think that wetland=saltern would fit better for the previous use that Zorko said: 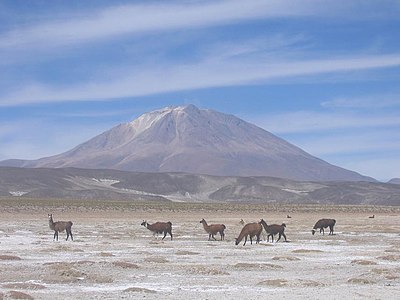 I have no problem with that, a paddy field is water covered all the time and it would surely be a landuse. I also suppose a salt pond is not permanently under water (when salt is collected or during closure). It's not that surprising to me to have landuse and water. For sure a master tag "wateruse" would be a nicer wording ;-). Sletuffe 15:22, 28 May 2009 (UTC)

It is NOT always under water. I mean, you take sea water and then store it near the beach and let it evaporate. A covered reservoir uses water, more than a salt pond I think, and it is not tagged as water=*... --Schumi4ever 20:47, 28 May 2009 (UTC)

Yes, no problems have raised, now we need to build the landuse=salt_pond page based on the description of this page. Made with the template of other pages (It's only a matter of "doing it" ;-) Sletuffe 15:20, 25 June 2009 (UTC)

Although probably by far the largest use, a salt pond is but one type of Evaporation Pond. It should be of particular public interest where such ponds are used to evaporate more hazardous materials. Before we have the maintainers of the renderers work on this, and before we get too far uploading/importing, I think we should consider generalizing the scheme to something like landuse=evaporator precipitate=salt_NaCl evaporant=water. Doing this would also make for better feature mapping for the US National Hydrography Dataset import work-in-progress. -- Davetoo (...who lives in the SF Bay Area and is tracing dozens of salt evaporators this week, and frequently bicycles along their levies.) 13:33, 3 August 2009 (UTC)