The main page was getting a bit unwieldy, so I've split it into some subpages. I had forgotten how retarded Mediawiki's capitalisation rules were, so the subpages are actually under TSotM/ rather than TSOTM/ - sorry. Someone who knows more about Mediawiki than I do may feel inspired to sort this out. --Richard 12:15, 26 June 2007 (BST)

Great to have the podcasts. That is nice for all those contributors who could not attend.

But why did the uploader to internet archive chose a non-commercial licence which is incompatible to the OSM wiki as well as wikipedia? This happens all the time and is a constant source of frustration to me, especially since cc-by-sa is also available. The non-commercial licence is UNFREE. Internet archive lumps everything together under Open Source audio, although Open Source clearly means that commercial use must be allowed. Please consider relicensing. Thanks. Longbow4u 10:58, 18 July 2007 (BST)

It might be a little bit unfair to blast away like this without further information. So, for more information about the differences between CC-BY-SA and CC-BY-SA-NC you could read this essay by Erik Möller, member of the board of Wikimedia Foundation Creative Commons -NC Licenses Considered Harmful Longbow4u 11:16, 18 July 2007 (BST)

Feel free to attend the next SOTM and record under the licence of your choice! Not everyone has the same opinion as to what's "free" and what isn't. --Richard 11:24, 18 July 2007 (BST)

Thanks for the appreciation. To be honest, I am a bit busy tidying up the recordings and getting them uploaded to consider in great detail the NC debate, however I am willing to be persuaded to change the licensing. More opinions welcome - particularly from the individual speakers. I suspect that some speakers might not be happy to have CC-BY-SA applied, but I haven't time to go round and ask at the moment. You can never please all of the people all of the time! Jon --Epicyclops 14:47; 20 July 2007 (BST)

Richard is of course right when he says I am free to attend and make my own recording. On the other hand, I could not this time. To my defense I can say I helped to produce videocasts of another Free Works of Authorship (FWOA) event, and then we chose free licenses (CC-BY-SA+GFDL). I think it is very advantageous to allow commercial uses, together with the condition of copyleft (share-alike). So this will compel businesses to further develop the FWOA, better than individual people could. Think of the development of Linux by IBM programmers. Or the release of a German Wikipedia DVD edition by Zeno Verlagsgesellschaft in Germany, with 10% of the proceeds going to Wikimedia Deutschland (that is a pretty good cut for encyclopedias historically). Commecial use does not necessarily mean ads. But by building ties and cooperating with enterprises we will be able too create a freely licensed environment much faster. See the donation of AND data. Probably AND thinks of using the merged data for their own products down the road. Licensing is not a nice topic, it might be arcane to some, but it will always be necessary to talk about it with the relevant people at the source. Longbow4u 17:01, 20 July 2007 (BST)

Oh, sure, I'm not doubting your personal commitment. :) There are many licences and just as many opinions on which are good and which aren't; there are no absolutes, even within the OSM community. For some people, within some circumstances, NC licences - coupled with the caveat that the copyright-holder can dual-license - can actually enable more uses than a blanket SA can. It's not a simple topic and, well, your original comment (IMO) came across as a little overtly hostile to someone who's done some great recordings. No offence intended. --Richard 11:26, 21 July 2007 (BST) 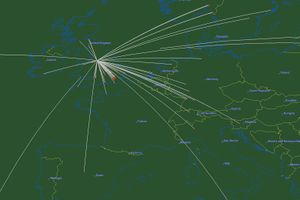 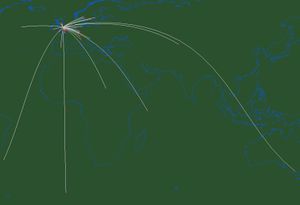