I live in Switzerland near the Rhine falls. When I don't sit in front of my computer I like to do some sports (Mass sport, Rope Skipping and Snow Boarding).

I've done some small contribution to the gpsd (http://gpsd.berlios.de/) Daemon in my spare time. At work I sometime work with GPS devices too.

This project seems to be a good idea to put all together for an open source vector based navigation solution.

Currently I'm completing the streets in Schaffhausen (the city).

Until writing those lines I mapped almost whole Neuhausen am Rheinfall and Schaffhausen, both in Canton Schaffhausen, Switzerland.

The mapping of Neuhausen was very easy: I didn't even need to wrote down the street names because I see them often when we collect waste paper. Doing this twice a year for almost 20 years and you know the streets. :-)

I'm also a contributor to the Piste Maps.

There is still plenty of work to do. I'll improve my fitness by mapping canton Schaffhausen. 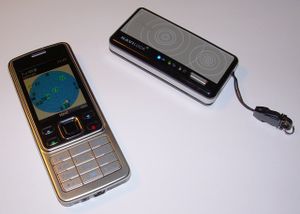 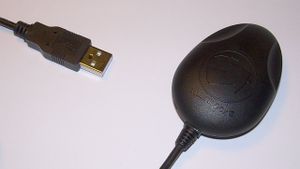 I own a Wintec WSG 1000 that should become my primary GPS logger.

The notebook runs Debian Linux Etch (4.0). gpsd read from this device an provides the position data for all connected software modules. I usually log both with gpspipe -r (NMEA) to a file an with gpsdrive. The big xgps satellit view provides a good check whether I got a 3D fix or not.