I'm the author and maintainer of the Overpass API. More about me below.

My manifesto for the OSMF board election 2013:

In German see below. The about me in German.

First of all, the project flourishes. That means a big thank you to all who have contributed to this: that are not only the mappers, but also our sysadmins and numerous other people in the background.

This means also that all changes of the way OSM works have to be carefully assessed whether they make the work easier for the above mentioned people.

Diversity is an opaque notation, so I'll start with an outline of my interpretation here: People with a different background will express different needs. In an ideal world, we could satisfy all these needs better than competition, and because people are sane, they would use our tools. In a more realistic world, it is already a challenge to realize what these needs actually are.

Concerning women, the talk of Manuela Schmidt at the Fossgis has pointed out a lot things I even haven't thought about, and from all of them most men would profit too: Some testers have understood the fact that pubs are rendered with higher priority than restaurants as an indication that restaurants are less important than pubs in OSM. Hence they thought they could not contribute much because they know restaurants better than pubs.

Another example are privacy concerns. They were expressed on the German mailing list, and it took a lengthy and painful discussion to distill the problem: People who are used to Twitbook+ may assume that one person shall only have one account, preferably with clear name. This is in particular promoted by the technical limitation that at most one account can be associated to any single email address. In a one-person-one-account setting it would be a privacy issue that the edit meta data is distributed along with the geodata. So to make privacy concerned people become happy mappers it is important to both make clear the accounts are only loosely related to persons and to faciliate having multiple accounts.

To make it clear: Rendering rules for pretty maps as well as a lean account management are nice to have. But building a diverse community that maintains a well-gardened database has priority over such second important goals, so the challenge is to accept that these and similar things can be changed and how they are changed to improve them for the better.

Not an example for diversity issues are pushing the figures: If we want a bigger share of women then this is done most effectively by deterring men, even if they contribute out of passion. But even with men I rather welcome more mappers than to loose mappers.

Does OSM grow? Does it grow exponentially? Do we want it to do so?

The graphs show a strong growth, and for the number of registered users it appear exponentially. For the contributed data, it appears rather linear than exponentially. From this point of view, it is primarly an issue to let the infrastructure grow with the user base and activity such that the quality of experience for the mapper stays at least the same. Our current team of sysadmins has managed this fantastically so far, but of course the OSMF is in charge to support their sysadmins in the future at least as good as today to keep up that excellent user experience.

Another question is from where the additional people come from. This answer leads inevitably to the topic diversity. But don't forget communication: OSM has achieved a size where it has been recognized by almost all proponents. So we have to do more than just tell the mere existence of OSM. It gets more and more important to show what OSM is good for. More people means that we will have to attract mappers that use OSM for a purpose and not only encounter OSM as a purpose on itself. In particular, these potential users prefer a quick and simple interaction with OSM. This in turn may require tools that are more idiot-proof than innovative, which in turn could mean to present to passionate users tools with inacceptably numb user interface. And also: It is much less effective to motivate people to contribute for purpose than by passion. So it remains an open question if further growth is an end or only a mean for OSM.

The city council of OSM

To tackle the above outlined challenges, we must relate them to the capabilites of the Foundation. A lot of important assets of OSM have been developed and are controlled by fellows, not by the OSMF themselves. Examples are JOSM, the Geofabrik downloads, even some of the tile sets on osm.org and numerous other tools. Actually, this is an important strength, not a weakness: It is an important incentive for existing and future partners that they can contribute something that matters.

One of Manuelas key findings were that potential mappers would appreciate very much positive feedback. Actually, the most impressive form of feedback would be careful personal review. We don't have the resources to do that in every case, so the next best solution would be an automated review. I exepect a tool of the form: "You have added two restaurants. Thank you. Look, they now appear on _this map_ (link with lat/lon), and _that_ and further maps. It is by the way the first 'vietnamese' restaurant in this city." Or in other cases: "This is the first restaurant with 'tialian' cuisine. Funny, sounds like 'italian' cusine, isn't it? You could correct that typo with _one click_ (link). Or would you like to say a few words about 'tialian' cusine _in the wiki_ (link to a to-be-created wiki page)?" Or: "Uhm, this edit has disrupted _this bus line_. Could you please help a moment to reassamble the line?"

It is a great opportunity to promote existing tools, so most toolmakers will have an incentive to help. By the way, it is also a wide open architecture to indiscriminately accomodate new tools as well as new tagging schemes: We get rid of all these wiki and mailing list tagging turf wars, because a tagging scheme is in advantage exactly when its plugin produces useful feedback.

I hope that the authority of an elected board member can help to evangelize the people for this true piece of collective intelligence.

It is sometimes a surprisingly hard job to perform simple tasks. Some examples are a OSM based bicycle routing software that you would recommend a friend, a simple undo tool, a one-click editor, or a customizable slippy map to show all appearances of a single tag.

For most of these problems and a lot of other problems do exist tools, all between proof of concepts and indsutrial strength perfect solutions. But they are too rarely known in the community. Lists like this are hardly readable, and not even google search always finds a comprehensive list.

So one of the challenges is to actually improve this. I personally would love to develop the wiki in that direction, in presenting a collection of best practices on suitable keywords. But I'm open to better approaches. It is important to do try strategies to better annouce tools and workflows that deserve ackowledgement.

Don't forget: The people that feel their work matters are those that come to stay. Let's attract them. Let's also keep us feel welcome each other.

I'm Roland Olbricht. In OpenStreetMap, I'm most known for the Overpass API. I have developed it and maintain the two public servers that are available now since more than two years.

I'm Dr. rer. nat. since 2008 for my works in Pure Mathematics. Since October 2014 I'm a software developer at Mentz in Münster (Westfalen), Germany. My business account is drolbr_mdv.

Beside living in Wuppertal, Münster, Frankfurt and Bonn in Germany, I have also spent four month in Grenoble in France. So I'll answer mails in French, German and English. 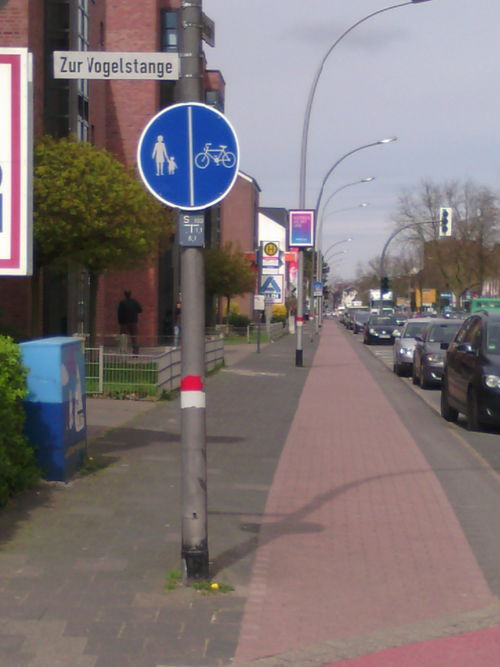