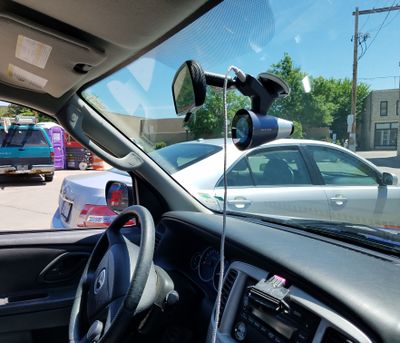 Waylens camera mounted to the windshield of a car

In May of 2018, the OSM US local chapter and Telenav announced a program where OSM US members could borrow a dash camera in order to improve street level imagery coverage in their area. Telenav worked with Waylens to develop a custom version of their Horizon camera model to make collection of street level imagery easier. The cameras capture 1 image per second whenever the vehicle is in motion. Once the camera gets in range of a known WiFi network, it automatically uploads captured images to OpenStreetCam.

There is a knowledgebase available too.

To be eligible for this program you must:

If you would like to give it a try, simply fill out this form

The customized Waylens Horizon camera used in this program captures ~5 megapixel images at a rate of 1 per second. The field of view and aspect ratio means that the hood of the car can easily be excluded from the image by adjusting the camera correctly. 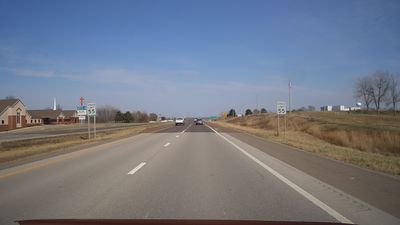 Example image from the Waylens camera

The camera comes with the following accessories:

Operation of the camera

Once the camera is installed and configured, it requires very little attention. As soon as it detects power being supplied through the windshield mount, it will turn itself on. Once it has a GPS fix, it will automatically start capturing images whenever the vehicle is in motion. It will automatically pause when you come to a stop for more than 2-3 seconds. When it loses power (either by shutting off the engine or disengaging from the mount) it will end the recording and shut off automatically. If it connects to a WiFi network while not in shooting mode, it will automatically start uploading what it has captured.

Uploading may sometimes take longer than the battery will last. In this case, you can use the non-GPS enabled mount that comes with the camera to power it from any USB port like a computer or a phone charger while the upload finishes.

Tip: If you are on a longer drive and anticipate uploading from an internet connection that may be slow or unreliable (like at a hotel) you may want to break long drives up into multiple capture tracks. This way if the camera fails during the upload, it is more likely that at least some of the tracks get uploaded successfully. That way the camera can delete them and make space on the memory card for more images. You can start a new track via the touch screen menu interface on the camera: swipe down to access the recording control screen, tap the stop button and then tap the record button to start a new track. You can also do the same thing by pressing the steering wheel remote button twice, waiting a few seconds between clicks for the camera to finalize the previous track.

Configuration of the camera

If you do not already have one, you will need to have an OpenStreetCam account before doing anything. Go to https://openstreetcam.org and use the Login button in the upper right corner of the page and log in using your OpenStreetMap account.

Step 1: Connect the camera to your WiFi network

Note: Your WiFi access point must be be configured to broadcast your SSID in order to use this camera. If you don't know what this means, it is probably already doing it.

Step 2: Install the Waylens app on your phone or tablet

Within seconds of the camera connecting to the WiFi network, a new option will have appeared on the user profile screen of the Waylens app on your phone: Telenav Account

Step 4: Mount the camera in a vehicle

Unfortunately, it is not yet possible to use this camera with only FLOSS software. Ignoring that the camera's software is proprietary, there is currently no set of upload scripts that can get the data it gathers to either OpenStreetCam or Mapillary.