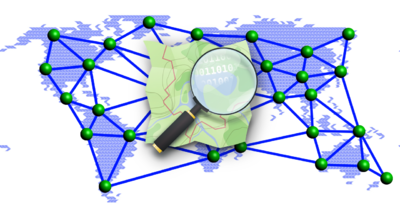 Local Chapters are country-level or region-level not-for-profit legal entities representing the area's map and mappers when dealing with local government, business, and media, established with the OpenStreetMap Foundation (OSMF), giving them a link to the legal and copyright governing body.

Local chapters are normally based on geographic area, usually a country, but it could be for several countries together or a part of a country if appropriate. The chapter is encouraged to form as an official legal entity within their country's jurisdiction: a non-profit; a charity; a Community Interest Company. This can provide legitimacy, an entity to handle money matters, and longevity. This is more easily done in some countries than others. Local chapters can be existing organisations or they can be new organisations specifically established as a Local Chapter of the OSMF.

The OSMF Wiki Local Chapters page contains information from the OSMF on established chapters and how to become one. This is best place to visit for that purpose for up-to-date information.

There are a number of unaffiliated local groups to which you are free to add to.

Local chapters and the OSMF are separate legal entities with their own sources of income like membership fees and donations and decide on their own what to do with their money. There is no flow of money from local chapters to OSMF or vice versa. This is important because of legal rules governing non-profits in different countries.

Generally local chapters are required to stand on their own financially. Of course the OSMF can pay money to local chapters if the board of directors decides to do so. In some countries it is rather expensive to incorporate an organisation (legal fees for lawyers, public notaries, etc.). It might be difficult to get the money together. Please contact the Local Chapters and Communities Working Group if this is the case.

In specific cases local chapters can pay money to OSMF to help with funding servers etc. Because this might be difficult due of tax laws (especially if the local chapter is formally recognised as non-profit), other ways of helping out can be found, such as buying and running a server locally.

The original proposal for regional chapters was made in late 2008. Since then the idea has been developed by the Foundation by the Local Chapters Working Group.

There was an ad hoc meeting at State Of The Map 2009 to discuss the issue of local chapters further. About 20 people from many different countries attended this meeting. Several issues were raised with the draft agreement leading to a rough consensus that a more open association would be easier to achieve because of legal problems with close ties between organisations in different countries. Instead of going on from the existing draft agreement, we should first reach consensus on the important issues on this wiki page and later draft the legal agreement.

The LCCWG regularly meets every month and is held remotely via Mumble unless otherwise specified within the meeting announcement. Anybody is free to join the meeting! See the Mumble page on the OSM Wiki for instructions on how to connect. By default, the working group uses the OSMF/LCWG channel of the HOT Mumble server.

Now a regular feature of the international State of the Map conference, the local chapters meet at a "Local Chapters Congress" session.

An overview of past congresses can be found here.

Why establish with the OSMF?

OSMF wants to support the OpenStreetMap project (and other free mapping projects, where applicable) in the whole world. But it cannot be everywhere and reach everybody, especially people speaking languages other than English. Local chapters can extend the reach of OSMF, foster local communities, help with legal and financial matters in their respective countries and generally promote OSM in their local areas.

Some of these goals (such as handling financial matters or providing a point of contact for government or media) can also be handled by totally independent organisations supporting OSM but not associated with OSMF in any way. But working together helps OSM and makes it clear that we are all part of the same community.

As an OSMF Local Chapter an organisation can:

The goal of the OpenStreetMap Foundation is to encourage the growth, development and distribution of free geospatial data and to provide geospatial data for anybody to use and share. OSMF Local Chapters help the Foundation achieve this goal amongst a far greater number of people.

Each OSMF Local Chapter can have a representative on the Advisory Board, that the OSMF board of directors can consult.

The groups on this list are not (yet?) established with the OSMF.

Other organisations with local chapters

Some other worldwide organisations are in similar situations as OSM and it might be instructive to see how they have gone about the forming of local chapters: