Garmin GPS with a touchscreen. There are actually two different series — the x00 and the x50 — having different firmware. The 0x50 series was introduced in the summer of 2009 and it seems that it will have a slightly longer life expectancy than the older x00 series.

The devices run the older .img map format, for which plenty of OSM maps are available. Like other newer devices, they support raster maps (aerial imagery both by subscription to Garmin Birds' Eye and via custom maps).

For details of software, trouble, etc., the independent Garmin Oregon Wiki has much more detail.

Now available with mapping for UK based on Ordnance Survey. 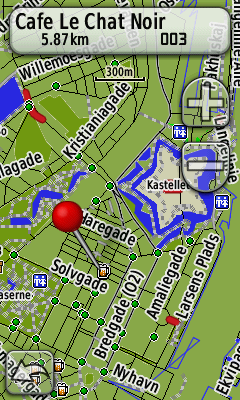 A subjective view from an eTrex Vista Cx user who recently bought a Garmin Oregon (in addition to points mentioned above):

I don't agree with the statement about WAAS/EGNOS above, I use both Vista and a 550. My experience is that 550 is more accurate, with 2-3 meters even in forests. I have WAAS/EGNOS activated on both units, but cannot confirm it ever kicked in on the 550. (Cause I haven't looked). 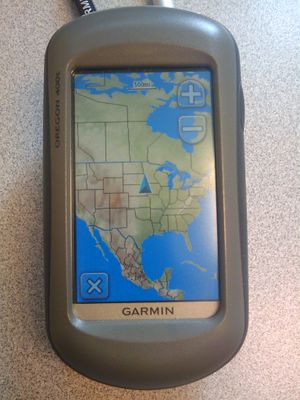 Same as Oregon 300, but with preloaded map of U.S. inland lakes.

Same as Oregon 300, but with preloaded "BlueChart g2 coastal" map.

Same as Oregon 450, but with preloaded topographic map of Europe, United States, Canada, Australia or Taiwan (depending on version) 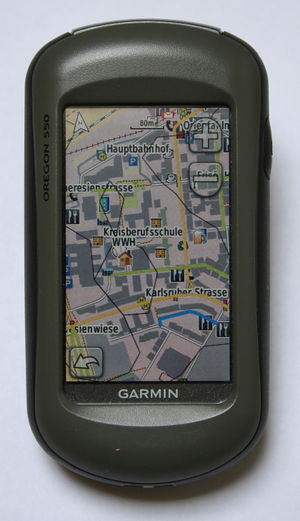 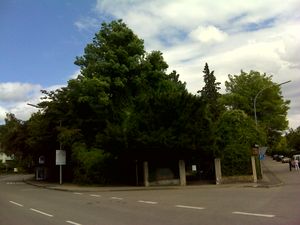