This page describes an Import of Infrastructure Features in Surabaya, Indonesia, into OpenStreetMap.

On this page we will:

During the import we will put changeset tags that indicate the source. Nonetheless, it is useful to keep the source tag for each object as the changeset information is not forcefully got from any OSM extract tool and the BPBD East Java could be disappointed not to be mentioned for this data + the metadata can disappear easily once the information is shared, and the source can be a very useful information for people who will work with these data.

The permission letter still process from BPBD East Java for the data license. The raw GIS data, is available to download at https://github.com/dewisulistio/PDCSurabaya

Surabaya Infrastructure data, is of a suitably high quality to be imported into OSM. For this to happen we need to follow the OpenStreetMap Import Guidelines.

The dataset has been analyzed, the attributes have been converted into tags, presented and validated to the imports mailing list.

Any import must be done through a specific OSM user account. So the advice is to create a new OSM user account (e.g. the usual name with _import at the end) from a secondary email address.

Here is a quick reference for all the steps required:

The import will launch in October 2016. 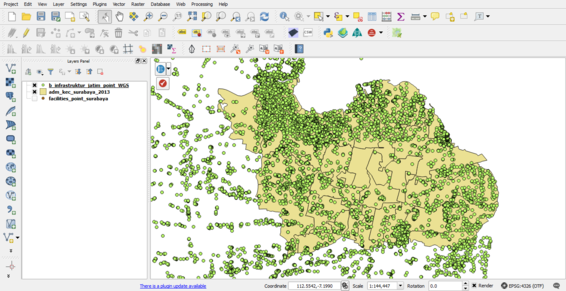 The priority lifeline available in datasets are : 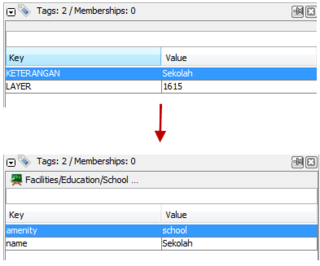 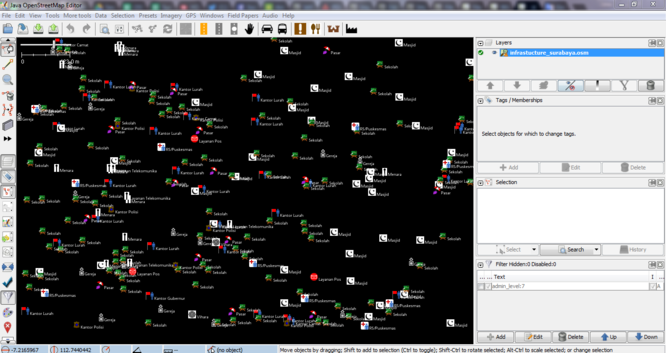 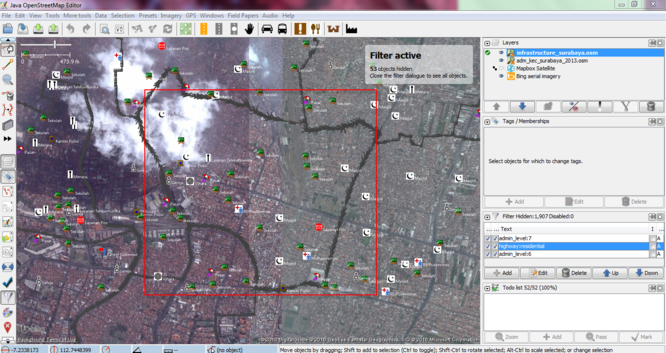 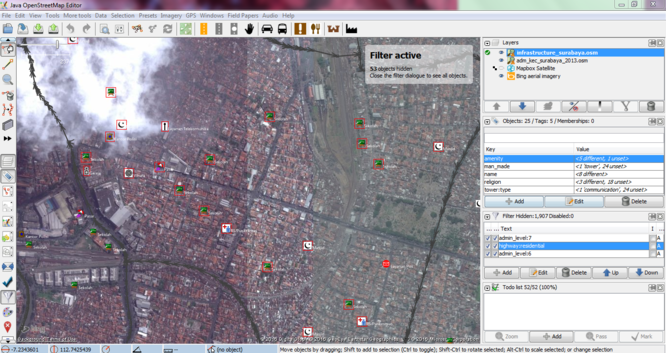 1. Check the location of the node. The location of the infrastructure nodes are generally quite correct, but not perfect. Some of the nodes may be as far as 150 m away from the actual position, but spotting infrastructure nodes in Indonesia is generally easy. They have a specific building, such as school, mosque, and marketplace. For the screenshot in below (image 1), we can see that mosque point is displaced 51 m to the North from its actual location, so we move it and place it at the center of the building mosque.

Also, check existing data in OpenStreetMap for the same object. If you find that there is already a node or building mapped in OSM, remove that object from the import list so you don't create a duplicate. If you not sure with position object from import data, you have to check with the local people and doing field survey for make sure the data.

As for the aerial imagery, if you do not have Bing high resolution imagery, try with Mapbox. In case both are low resolution, you can import the facility, but please add a fixme=Please, check the position of the node tag.

If we can't be sure about the exact location of the facility, then we will leave a fixme=Please, check the position of the node. Although unusual, this can happen for a number of reasons: a) For nurseries or health facilities, it can be difficult to be sure, b) Sometimes there is more than one node for more than one school, and they are near to each other, c) presence of clouds in the imagery, or low resolution imagery.

2. Check the spelling. We will check if the name=* of the infrastructure features are spelled correctly and respect the cartographic writing conventions.

3. Check the properties tag the objects. The tags have to define OpenStreetMap. For example, school in OpenStreetMap has tag amenity=school; mosque = amenity=place_of_worship, religion=muslim; marketplace = amenity=marketplace.

After these 3 steps, this node is ready for import, so you can go to the next infrastructure node by clicking on the Mark button of the Todo list 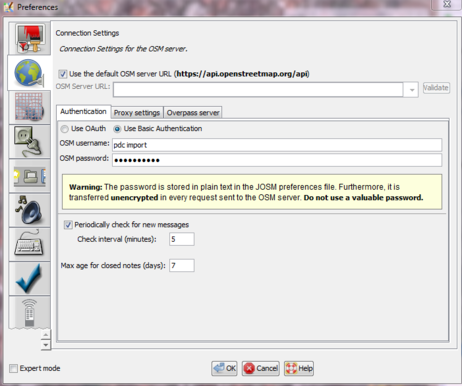 To the Template:Comment=* tag, you may need to add particular comments to the changeset 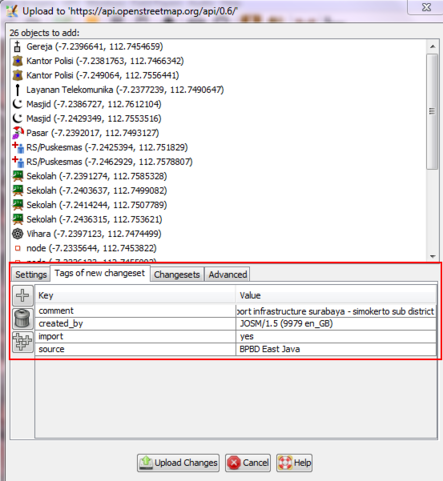