From OpenStreetMap Wiki
Jump to navigation Jump to search
Key:lane markings - Other languages 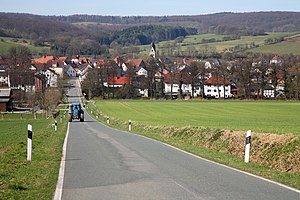 The tag lane_markings=* can be used on a road to make it clear whether the lanes on that road are marked with painted lines, coloured pavement, or in other permanent markings.

For many roads, this tag can be added without lanes=*, indicating that the road has no defined lanes. It can also be used with roads that have the tag lanes=* to indicate that those lanes are "virtual," or that vehicles clearly use the road as if those lanes existed, but they aren't explicitly marked.