This is a past event.

We are also interested in meeting new people who want to find out more about OpenStreetMap. Feel free to come along! If you are new to mapping, but want to give it a try, you might perhaps get one of us to give you a little mapping demonstration. You'll need to get in touch and arrange to meet us somewhere (e.g. the tube station) before we meet in the pub later. Alternatively read the Map Making Overview, and just give it a go! Note that you don't need to a GPS unit, although if you have one, this is a fun way to put it to good use. Either way, you'll want a printout of the area you're planning to map, since London already has many street layouts sketched in (without names). Alternatively you're very welcome to just join us later in the pub.

This is the 9th Mapping Party in the Summer 2008 London Mapping Marathon series. We're going North-West this time.

Getting to Shepherd's Bush

The nearest tube station is Shepherd's Bush, on the Hammersmith and City line and Central lines (separate stations, but the central line station will be closed until October). White City station is just up the road and there is a rail-replacement bus service. Acton Central, on the overground network is also nearby. 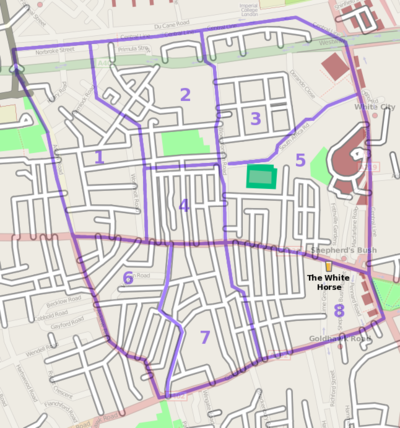 Cake diagram for the area

The cake is only coarsely divided at the moment. Please take a slice and, in the event that more than eight people want to come, I will re-draw it. Please sign up early! 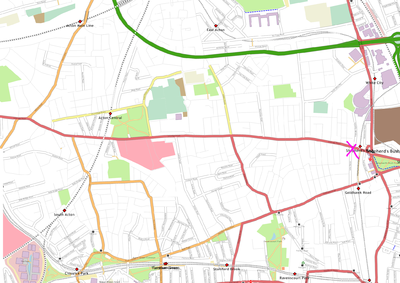