The London Mapping Party of January 2007 was historically quite important. At this stage of the project London, despite being the birthplace of OpenStreetMap, was still looking bizarrely incomplete. A large number OSMers were living close by, but the task of mapping London or even Central London seemed massive. But a Mapchester event a few months earlier, was a sign of things to come, and on 27-28th January 2007 we finally got together face-to-face and organised a massive mapping weekend extravaganza.

Office space was kindly sponsored by multimap and after-drinks by nestoria! 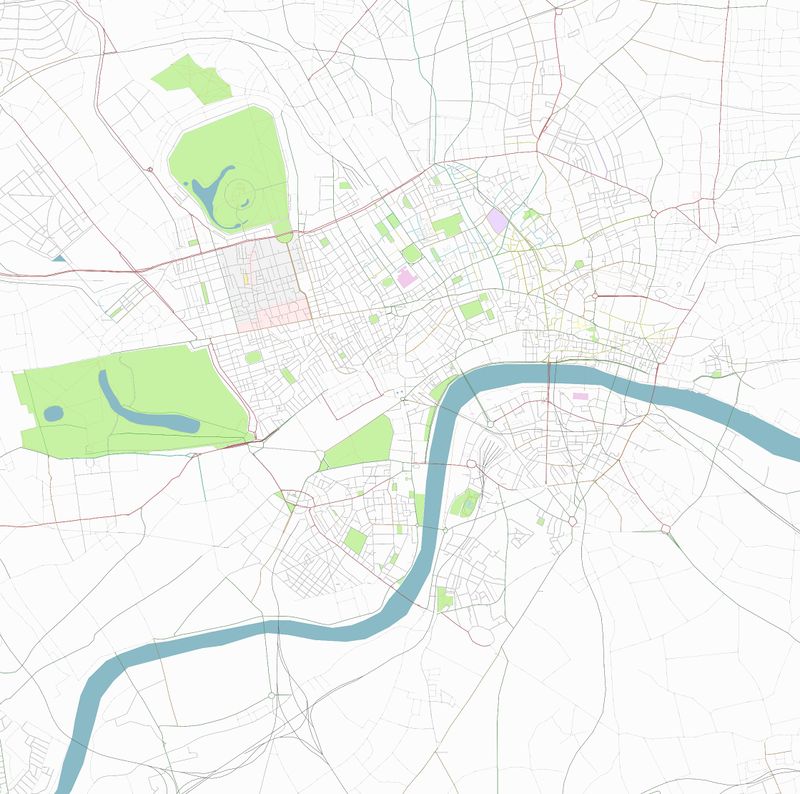 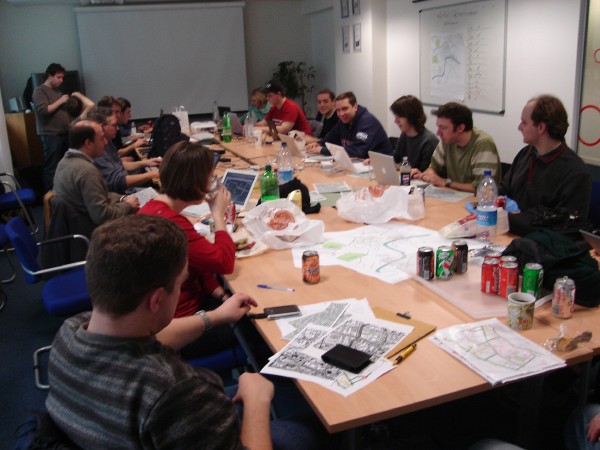 Map London without a GPS

The Yahoo! Aerial Imagery negates the need for a GPS in London (urban canyon effects make it pointless anyway). The idea will be to map all of central london using the imagery for geometry and going round finding street signs. No GPS required!

Richard has streetmaps of central London from 1949, that can probably be used to find street names for many of the roads.

Plan is to try to fully map the area of the existing congestion charge zone (see current map) The following screenshot shows the area and is divided into sectors for coverage by individuals, pairs or groups on each day. (eg: Sector 1a - Marylebone Rd to Oxford St, Edgware Rd to Great Portland St). Each sector will have a map of the existing OSM coverage, and an out-of-copyright street map to help with street naming, and a printout of the Yahoo imagery overlain with the existing data (see illustrations). Sectors 5 and 7 are pretty sparsely mapped and could do with someone working on them who has a GPS unit that gets a very good signal in urban canyons to work on them.

Scans of out-of-copyright street maps have been prepared for each sector, but they are too large to launch on wiki. Download them here