Mapping in the Marbella Cafė. The venue worked well, with plenty of space to edit. We had a range of people, young and old, from inexperienced to veteran. There was plenty of tea and coffee to go around, and soup provided for lunch. 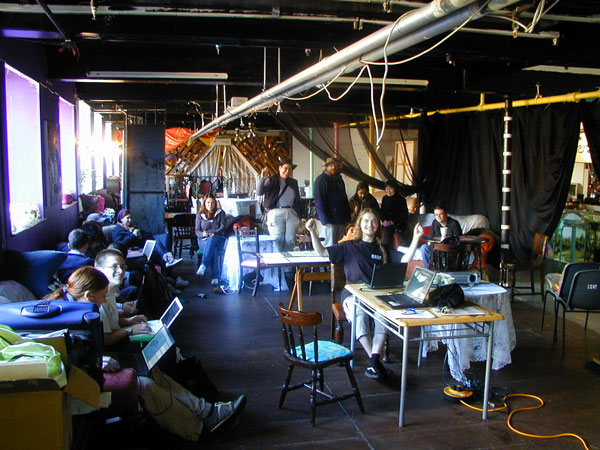 Everyone had a go some mapping, some getting quite wet in the process. The results:

The cake was mostly completed: 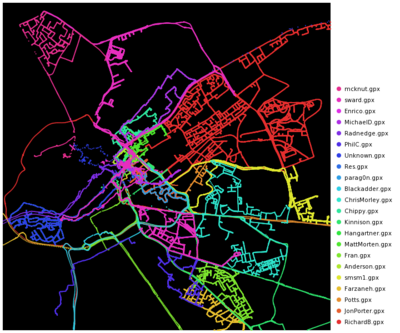 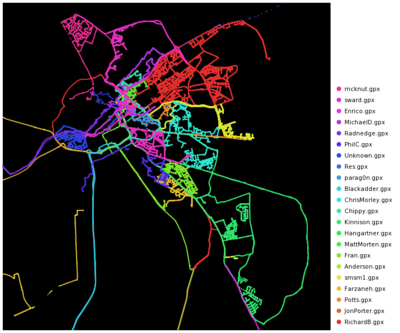 People went out as far as Eccles, Oldham, Prestwich, Sale and Stockport: 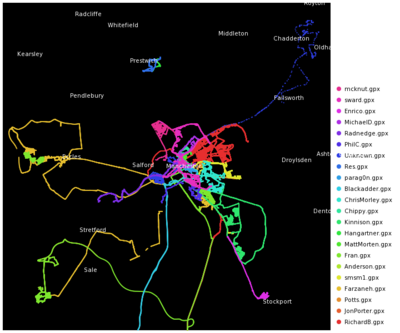 Our base will be near the city centre, a short walk from Piccadilly Station:

Note: Entrance is on Hilton Street at the corner with Newton Street.

More about Manchester on Wikipedia

Who's going to be participating?

Street parking - £something Mon-Sat until 6pm. Free otherwise, but gets full.

Our target area is North and East of the venue but you can actually map where you like. Also see notes about the "virtual mapping party" for those who want to help by tracing Yahoo! imagery in defined locations. 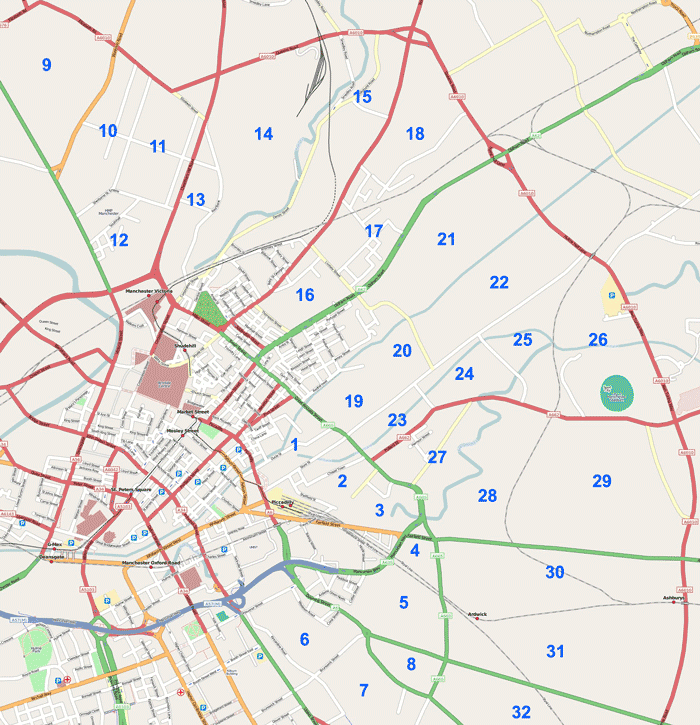 Also some other places in need of some mapping love (mini cakes to follow for some):

We will have a number of new attendees at this event, including some families, who may find it easier to just name streets and collect POI information. You can help this process, especially if you can spare an hour or two and cannot make the party, by tracing over the Yahoo! imagery for Manchester before the mapping party weekend. Anywhere within the "cake" or elsewhere would be cool, although sticking closer to the centre will help folks on foot get to the areas.

If you are tracing please add your name below together with the cake segment number or other description of the area you have traced.

Indicate here preferred modes of transport, and when the cake is baked any slices you would like to do.

Other Things to do and see in Manchester over the Weekend

Things to see in Manchester: