This image shows the majority of my mapping efforts: 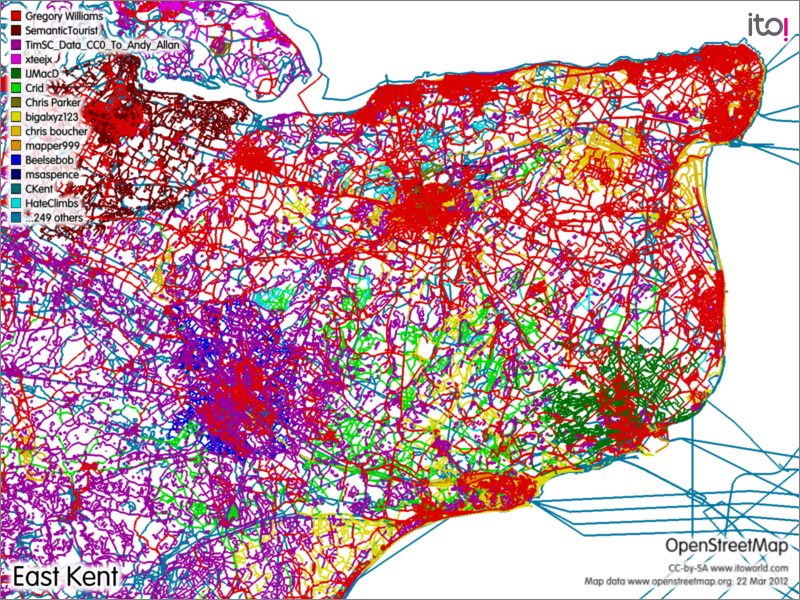 I also have some views of my traces.

In the summer of 2009 I cycled Canterbury -> Dover -> Land's End -> John O'Groats -> Canterbury (a total of 3458 miles) to raise money for the British Heart Foundation. I mapped my entire journey. As a consequence I gathered a large amount of National Cycle Network data. More here: http://www.threecornerscycleride.org.uk/

I've participated (will be participating) in the following mapping parties:

The full database of the location of postcodes is unfortunately commercial and copyright material, but having knowledge of postcodes can be invaluable for things like searching for an address on a map. Therefore I try my best to obtain postcodes for the things that I map without infringing any copyright. Some good sources that I've found are:

Gregoryw is awarded a MegaStar for uploading one million track points.