There are a number of Ordnance Survey data products available via the OS Data Hub. They are supplied under the UK Open Government Licence (OGL) and require an attribution statement along the lines of "Contains OS data © Crown copyright and database right 2017". Data is generally supplied in Vector GML 3.2 or ESRI Shapefiles and can be selected by grid square. Rasters are sometimes available. They are often generalised layers suitable for background tile display but not detailed enough for full analysis. A paid-for product will be available for the detailed data.

Chillly has rendered codepoint tiles which you can load into your favorite OSM editor. All of the GB codepoint data has been rendered into tiles. See https://codepoint.raggedred.net/ for more details.

Comparison of OSM and Code-Point Centroids

Robert Whittaker provides a Postcode Stats tool, which indicates proportions of postcode units that are mapped, shows the centroid locations from Code-Point Open, and the mean position of the OSM objects with each postcode.

OSM and OSL differences analysis was a useful tool for OSMers allowing you to compare each district's coverage. It was built by ITO World using the OS Locator dataset. See OS Locator page for more details, tools and uses of this dataset.

A set of unique and persistent identifiers for each and every feature found in OS MasterMap products. Data is supplied as a point location which refers to a point, line, or polygon from OS MasterMap.

The Unique Street Reference Number (USRN) is a unique and persistent identifier for every street, road, track, path, cycle track or cycle way in Great Britain and can be found in the OS MasterMap Highways Network products. 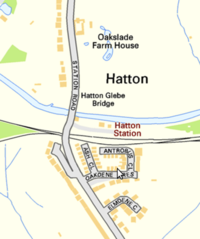 Support for OS Streetview was withdrawn in 2016, with the final release in April 2016. It is largely replaced by OS OpenMap - Local, which continues to be updated.[2] 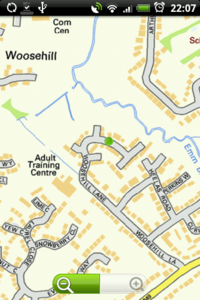