Very often housing estates are punctuated by small areas of open grass, shrubs or small trees,or a dead end is formed by a significantly large road island, which is grassed. These don't really fall into a defined category like recreation_ground, village_green, park or common (and they are usually smaller). They are just breathing spaces in the urban environment.

It would be nice to have them rendered in green on a map. 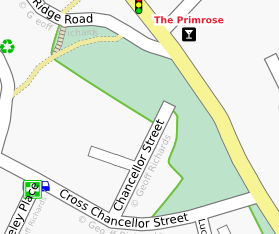 Should be shown in green, perhaps a light shade to show that it isn't as significant as other green areas such as parks and recreation grounds.

Since this is intended for relatively small areas, it might only be shown at a fairly high zoom level.

(This proposal is the same as green_space which was voted down by 2 votes to 1 simply because the voters didn't like the name of the tag.)