An appeal to the OSM community and its members! 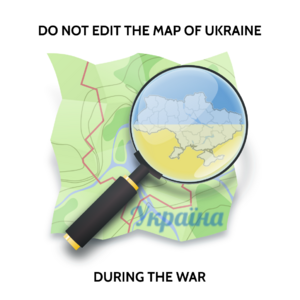 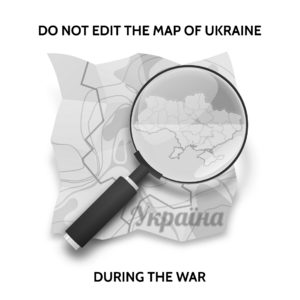 Russia attacked Ukraine on 24 February 2022, striking with missiles and bombs at airports, military bases and civilian infrastructure. This was another escalation of hostilities that began in 2014 with the annexation of Crimea and the partial occupation of Donetsk and Luhansk Regions.

On behalf of the OSM Ukraine in connection with Russia's ongoing military invasion of Ukraine we are turning to people who are contributing to the development and improvement of the OSM data.

We urge everyone to refrain from any mapping of the territory of Ukraine at the moment!

The Russo-Ukrainian War is unfolding on many fronts including the information one. The possible use of open data by Russian invaders to plan attacks on military and civilian objects is one of the most important reasons why we ask you not to perform any mapping of objects in Ukraine.

We shall take action to amend (delete, modify, revert to the previous state etc.) any found cases of mapping related to military or critical social infrastructure facilities as well as contact the DWG and other OSMF working groups to ban the users who systematically make similar changes (more than one).

Such a request (demand) echoes the provisions of the Article 114-2 of the Criminal Code of Ukraine according to which “Dissemination of information on redeployment, movement or location of the Armed Forces of Ukraine or other military formations established in accordance with the laws of Ukraine, if it is possible to identify them on the ground, if such information is not published by the General Staff of the Armed Forces of Ukraine, committed under martial law or state of emergency, shall be punishable by imprisonment for a term of five to eight years” (source).