From OpenStreetMap Wiki
Jump to navigation Jump to search
Tag:amenity=payment centre - Other languages

A payment centre is a non-bank place, where people can pay bills of public and private services and taxes. It is usually attended by a (human) teller.

Usually, a payment centre it's an exclusive place to provide this service of collecting, although it can also be inside a supermarket, kiosk, gas station, etc. It is composed of several boxes, operated by a human cashier, where people are arranged in rows and when is his turn pays cash for their services and taxes.

Tag it with amenity=payment_centre, combined with brand=* or network=* (with "Rapipago", "Pago Fácil", "Cobro Express", or other values).

The apps for Android "Magic Earth" and "OsmAnd", shows an icon for payment centre and could be used in Mapnik.

Examples for Rapipago, Magic Earth and OsmAnd apps for Android: 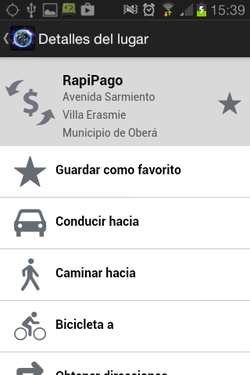 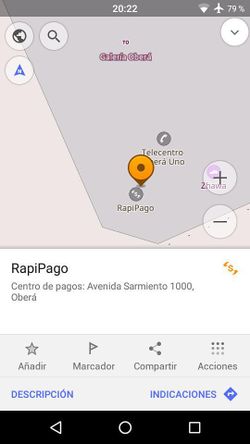 This tag is in replacement of the previous amenity=payment_center, which until now it was used (British English is preferred rather than American English).

Previously (even it remain in the present), many payment centre were erroneously labeled as Atm. This tag, payment_centre, should not be confused with amenity=payment_terminal, which themselves are similar to ATM.