From OpenStreetMap Wiki
Jump to navigation Jump to search
Tag:surface=compacted - Other languages

A mixture of larger (e.g., gravel) and smaller (e.g., sand) parts, compacted (e.g., with a roller), so the surface is more stable than loose gravel. Best sort of ways below paving with asphalt, concrete, paving stones. Sometimes known as water-bound macadam. Mixture and compacting leads to more grip and stability.

It degrades quicker than surface=asphalt. Roads with slight degradation - for example with some potholes, slight accumulation of dirt or losing small amounts of small parts remains surface=compacted. 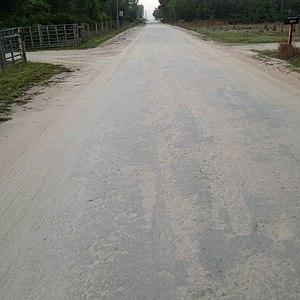 surface=compacted road with a minor damage

Pothole in surface=compacted road. Like with surface=asphalt presence of potholes is not changing surface type. 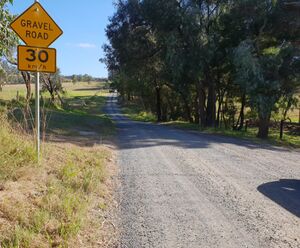 Note that in Australia some roads are surface=compacted and signed with "gravel road" sign. In such case value "compacted" continues to be a correct one 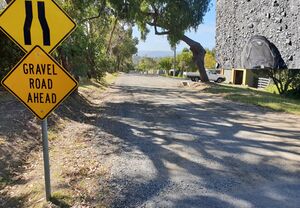 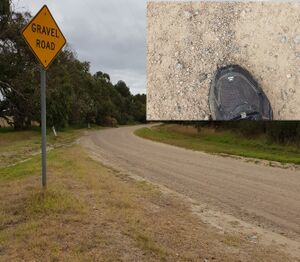