This is the only tag where I would agree to left/right for appartment doors in the same staircase. Lulu-Ann

the link you provided has some interesting ideas. i consider "floor" the more commonly know name. "level" might get used otherwise in OSM later on (see discussion on landuse in the german forums). also the page uses "level" for a physical representation, while this proposal here describes an extension to address data, which doesn't necessarily have to be the same. addr:room won't work, since a room can have more than one door. also rooms are not common in addresses. --Flaimo 18:10, 12 May 2011 (BST)

does each unit have its own entrance? if yes, i would use addr:entrance for that, if not, i would use addr:staircase. the problem is that there are so many different names for practically the same thing (unit, staircase,…). i actually like the word "unit" since it is not as specific as staircase. i think will change it to that term.
room problem: as long as one room has only one door. addr:door could be used for the room number (addr:door=4/F). if a room has more than one door, then you need separate door values anyway (example: "add:door=4/F door 1", "addr:door=4/F door 2") --Flaimo 12:53, 15 May 2011 (BST)

ok, i changed "staircase" to "unit" and added addr:door. i also added your example at the end of the proposal. please check if i identified the different parts of the address correctly and correct it, if it is wrong. --Flaimo 13:15, 15 May 2011 (BST)

what i forgot to ask: is the room number a part of the official address or is it just an internal identifier/numbering system used at the The Mega Atrium? --Flaimo 17:13, 16 May 2011 (BST)

Since in the USA, floors are numbered starting from 1 instead of 0, this causes trouble. Instead of using a fixed number, why don you say to use the number that is visible on the staircase or in the elevator, since that is the address. --Sanderd17 08:59, 29 May 2011 (BST)

since i can't append a unit like with km/h or mph, there should be only one notation for the floor. otherwise there will be mix ups when mappers of other countries edit such elements. also editors could provide an abstraction layer. if you have set your editor to EN (US) and choose "first floor" in the addr preset, it would add a "0" as a value, if you have set it to EN (UK) and choose "first floor" it would add a "1". --Flaimo 13:40, 29 May 2011 (BST)

I was actually wondering about this too. I'm actually foreseeing people in my country to enter addr:floor values incorrectly since we follow the US convention. Hoping for editor abstraction is a problem since many mappers would be editing the raw tags. Personally, I don't mind the proposed convention, but I agree with pointing out the potential problem. --seav 15:24, 29 May 2011 (BST)

but if you would use different values just in one country, that would lead to confusion for routing programs. they could never figure out if the value was entered using the US notation (maybe by a US citizen) or the notation the rest of the world uses (maybe by a fellow mapper from a foreign country). it is the same with how to write dates. we use the ISO version to avoid confusion, even if that means that it might be uncommon in some countries. i see this as a job of the editors to educate the user how the values should be used. also that is what the wiki is there for. the values would also be described there, as they are here in this proposal. --Flaimo 16:33, 29 May 2011 (BST)

As I said, I don't mind the proposed convention. I guess what I'm saying is that the correct floor values should be stressed or highlighted more strongly to the mappers. --seav 18:57, 29 May 2011 (BST)

Actually, the the addr:floor proposal is more confusing that anyone here has yet suggested. It is so divorced from the real world as to be useless.
I suspect that those who propose that addr:floor refer to the objective position of the floor imagine a GPS navigator which says "enter the building and go up two floors". This sounds neat, but in actual practice we want to be told to to enter the building, go the the elevator, and press a particular button. Under the current proposal, the navigator could not tell us which button to press.
The addr:floor tag should use the same convention as used in the actual building. There are two reasons I think so: 1) All of the other addr tags refer to assigned designators displayed on signs. For example, addr:housenumber refers to the number displayed on the house, not to the position of its lot on the street. 2) Aside from the disagreement about which is the first floor, it is not even always possible to agree on which is the ground floor. For example, the building in which I am now sitting has ground-level public entrances on three different floors.
--TomashPilshchik 13 July 2011

addr:door has always been in the proposal. you can use addr:door for rooms too, since there can't be a room without at least one door. on the other hand a room can also have more than one (numbered) door, so just addr:room wouldn't work. also door is used more often in official address notations, than room --Flaimo 11:37, 6 June 2011 (BST)

Well, since both rooms and doors are used, why one was removed from the proposal? One could choose whether he tags room or door number. In Russian office buildings those are the same, probably, but "room" word is more common. --Zverik 11:53, 6 June 2011 (BST)

i am actually not sure, that is why i didn't put it on approved or rejected. the proposed features pages says this: "A rule of thumb for "enough support" is 8 unanimous approval votes or 15 total votes with a majority approval, but other factors may also be considered (such as whether a feature is already in use)." according to this, it would be approved since 8 votes are enough, even though it didn't reach 15 total votes. --Flaimo 15:48, 5 July 2011 (BST)

Since this proposal does not change or deprecate anything, it's safe to consider it approved, I guess. It's just some additional values that some people already use. --Zverik 16:03, 5 July 2011 (BST)

If we strictly apply the "rule of thumb", it is not approved, because there were "oppose" votes (no unanimous approval) and the quorum of 15 for a majority decision has not been reached. In my opinion, the more significant question is whether there is significant support for any alternative tagging, and I cannot see this here - almost all votes were either in favor of the proposal or against tagging these facts at all. So it seems that most people who want to tag this agree with using the proposed scheme. --Tordanik 16:24, 5 July 2011 (BST)

It's an odd requirement, but it's somewhat understandable if you consider what proposals are for: They do not exist for forcing your opinion onto others with a 8:7 majority (this wouldn't work anyway because the wiki is in no way binding for mappers), they exist for finding a consensus among all interested parties. A 8:1 or 8:2 result only shows that there might be problems, but does probably not yet provide enough feedback to find out how the proposal needs to be modified in order to make it universally acceptable. Therefore, a responsible proposal author will try to get more feedback anyway. If that feedback turns out negative, yet constructive, he will use it to improve the proposal. --Tordanik 12:46, 7 July 2011 (BST)

according to the description on wikipedia i don't think so. addr:unit is more of a "section". so as long as suites are not divided into smaller areas/rooms with separate doors, i think that addr:door would be the correct key to tag suites. --Flaimo 17:23, 29 November 2011 (UTC)

Here's a photo of one example of what I'm talking about (see more at wikipedia:strip mall). A suite can also have an interior entrance, especially for multi-storey buildings. I'm not thrilled by the name addr:door=*, as addr:unit=* would make more sense to me for this purpose, but then again I'm not used to seeing addresses like the examples given. 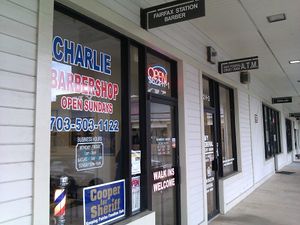 that is not the intended use of unit as in this proposal. quote: where certain apartments/flats/offices can only be reached though a specific unit.. that also counts for shops in malls. what you call "suite" is often called TOP here in austria (given as an example in the proposal) and in both cases it is just a synonym for "door", since there isn't anything "smaller" than that. --Flaimo 17:41, 1 December 2011 (UTC)