Please submit your designs to this competition. If people like your design then perhaps we can put it on Tshirts and other OSM Merchandise 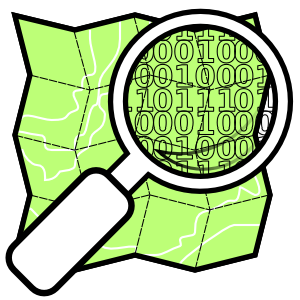 The idea would be to have the logo on the front and some text like "OpenStreetMap.org" on the back... Maybe with "Surveyor" or something. 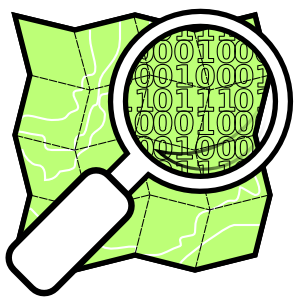 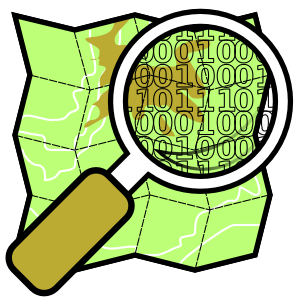 This one has more colours, so its

Maybe it could have some funny message on the back, like: "I'm an open map surveyor. If you see me running, I'm probably trying to calibrate my GPS." 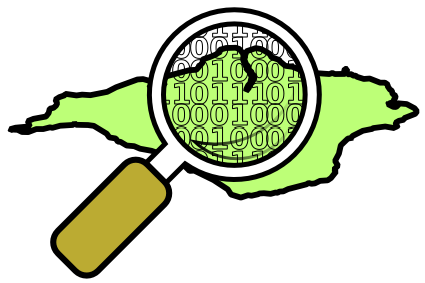 Another variant for an "Isle of Wight 2006" special. 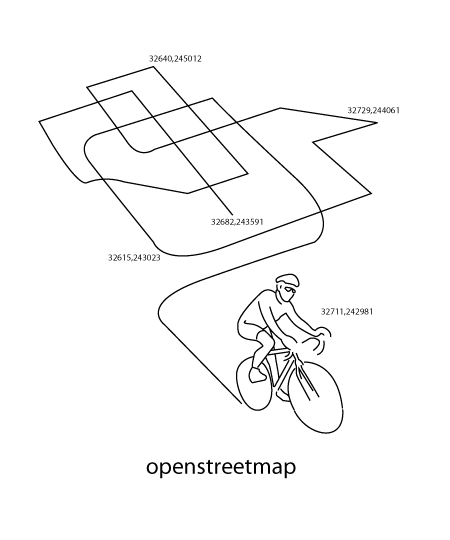 I guess the traced lines could do with looking a bit more like a road network (and probably lat/long rather than OSGB ;) ). And maybe we could have a bit of spot colour with a yellow GPS on the handlebars. But you get the general idea.

I've been thinking about OSM from the point of view of a user - people adding their own streets where they live. Their own way. It also refers to Openness - it's not some corporations way of doing stuff, and the freedom that comes with tagging. It also plays with making "Ways" in OSM.

I also love the Tim Berners Lee quote. Just the words "Grassroots remapping" on their own would be a great t-shirt.

It was the maintanance weekend and the services were down, so I sat down and implemented a T-shirt idea that came to Fran and I during a mapping trip to different cities in Iran. 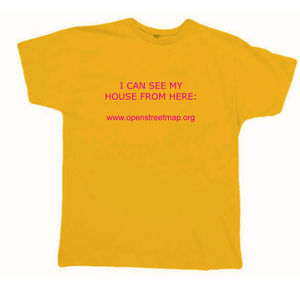 Simple, appealing statement. Maybe just needs replacing "house" with "street" as OSM is not about mapping individual buildings, but streets. And a logo. --Stefanb 10:25, 20 July 2007 (BST)

I understand OSM as a project where people contribute content from an individual area.

Why not creating individual T-Shirts.

During the order procedure, the user can select an area of the current map that is printed to his shirt along with eg. 1 line of text entered by the ordering person as well. OpenStreetMap.org + logo shall be printed on the back. 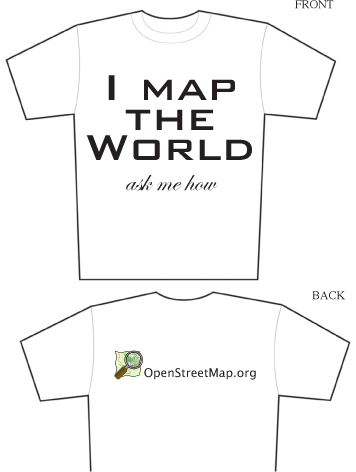 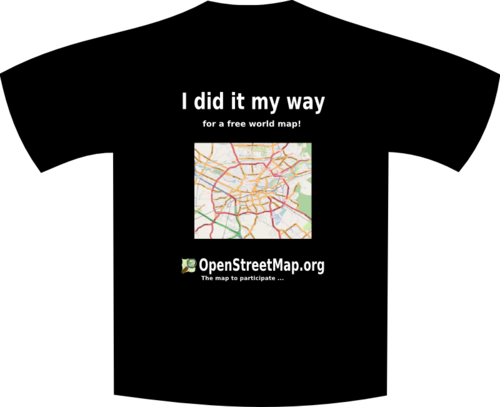 Shirt created for the OpenExpo 2008, Bern, Switzerland PM me for SVG version as i can't upload it (the Garmin is also a vector-element) 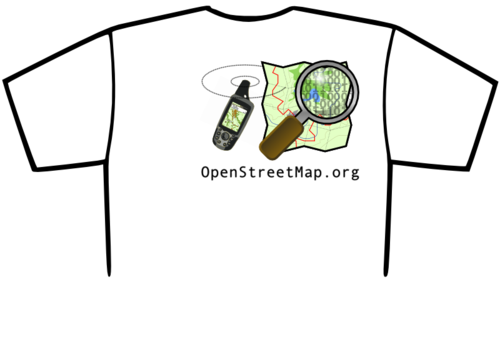 This started as the backside, I'm still working on the front... but I think it can also be used as a front side. Headline "SURVEYOR" can be excanged for anything (it's all SVG), I started with this one because Imi suggested it here. Contact me if you want the SVG. (will upload it when front & back are done)

I really like it. In my case, it would be use rather to make people understand what you do (is this man crazy going all the streets of the city?!) rather than publicity for itself. However, things like "I map my world. DISCOVER how" is a good one for that. I'd very like to have the SVG please. --Freebourg 12:53, 26 June 2009 (UTC) 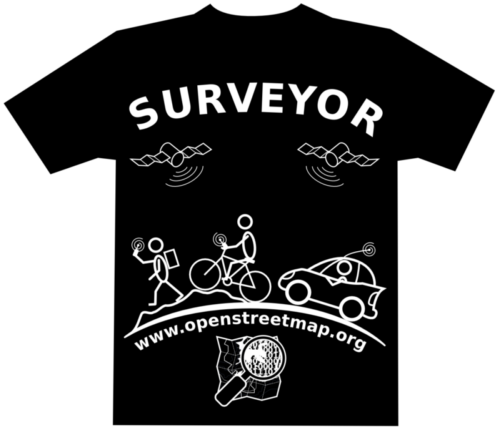 Just logos and few lines of text. But i like it simple. SVG: Osm t-shirt by otaznik2.svg (Firefox isn't able to hide cutted part of data under magnifying glass =/)

everybody could use their favourite snippet 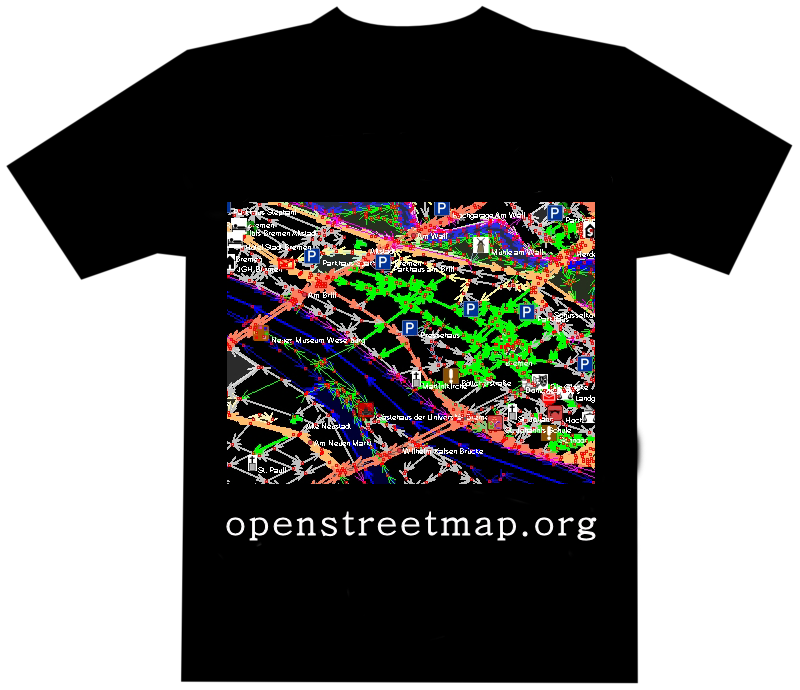 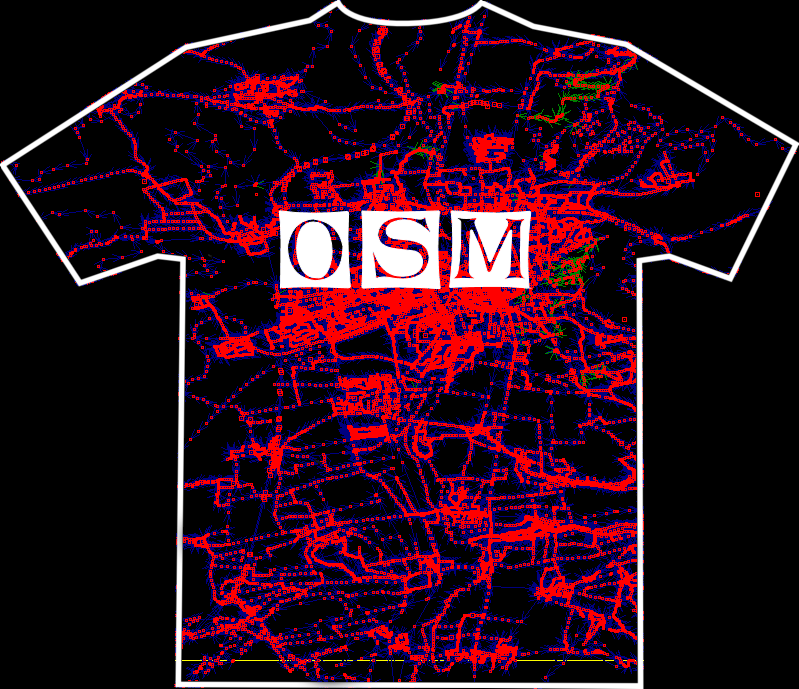 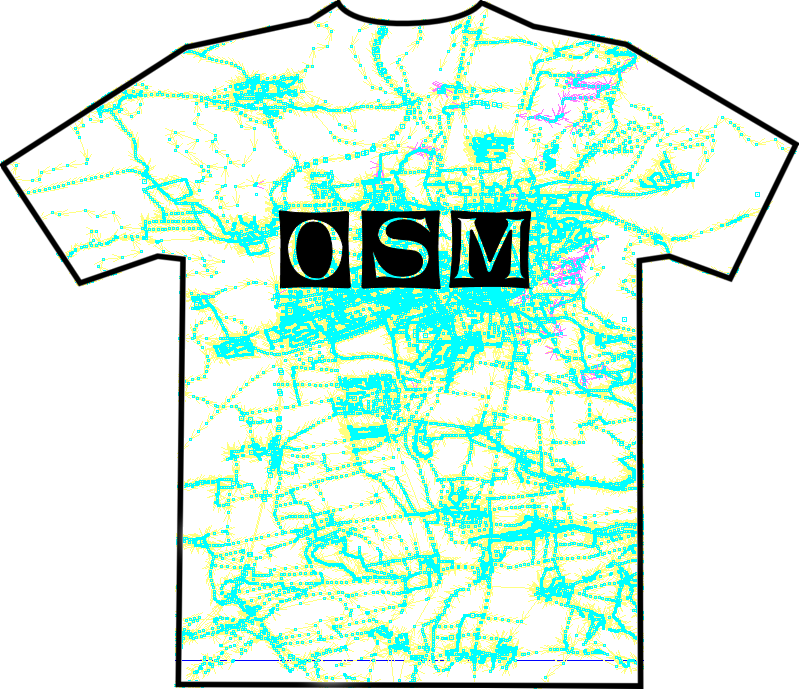 This shirt is great! If it is possible please post your original Blender and Gimp files because I would love to wear this shirt when presenting and promoting OpenStreetMap project. User:ValentTurkovic 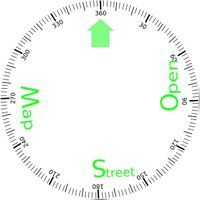 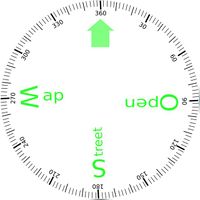 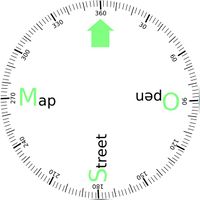 My implementation: I've modeled a compass in Blender v2.46 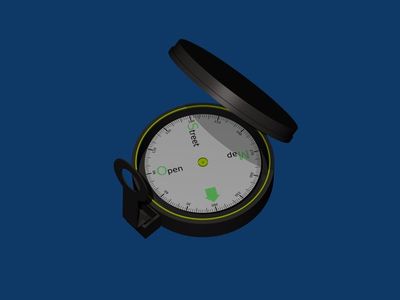 and after applying GIMP's "edge-detection" filter I've got this first draft: 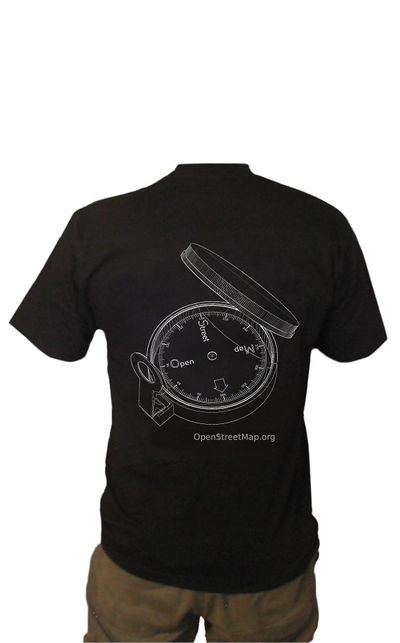 The cool thing is that the arrow points to the web address ;-)

do something for your environment, save the planet! 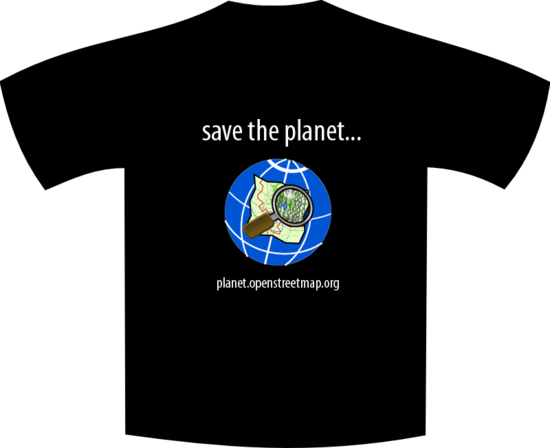