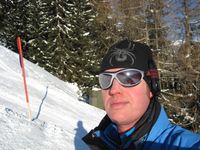 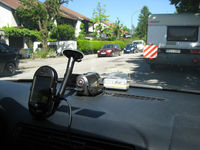 My video mapping setup in the car, view from inside 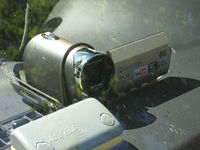 My video mapping setup in the car, view from outside

Analysis: the video with GPS data as subtitles, created with GPSBabel

As far as I'm concerned, there is no real need for a dedicated GPS unit. Get a PDA or smart phone with a GPS receiver and the software of your choice (you might also be able to hack a sat-nav device) - this will give you the most flexibility, though that depends on the software. Storage space is not really an issue with these - the Mio and both my smartphones each have a 2 GB SD card (for the Mio this is the upper limit) and even after months of mapping without deleting a single GPS track, there was still plenty of space left on all of them.

Only caveat: quality of the built-in GPS can differ greatly. The Freerunner can take a long while to get a signal and may return erratic readings for a while after - but once it has stabilized, it has decent precision. The Mio (in my opinion) is slightly faster to get a signal and has good precision, only slightly below that of the Freerunner. The GeeksPhone, especially with a data connection and GPS assistance data available, gets a fix almost instantly but precision is rather shoddy - it is acceptable in open areas but degrades noticeably in the vicinity of obstacles.

Altogether, I have not found the perfect tracking software yet. My dream would be:

I have capitulated and installed Ubuntu on my laptop and Navit compiles fine, right now I am adding tracking capabilities to it.