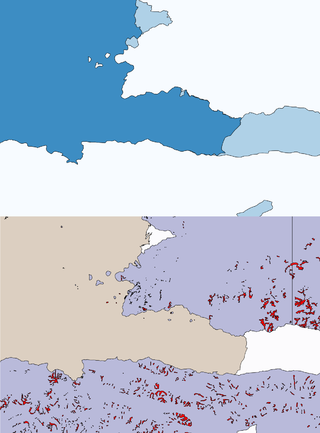 The Antarctic Digital Database [1] is collection of geographic data of Antarctica maintained by the Scientific Committee on Antarctic Research (SCAR).

The ADD is not generally free to use but the SCAR has allowed use of this data in Openstreetmap in March 2013 via email sent to User:Imagico:

following your mail about Antarctic data from the ADD for OpenStreetMap, I have been in contact with Dr Mike Sparrow, Executive Director of the Scientific Committee on Antarctic Research (SCAR). SCAR, not British Antarctic Survey, hold the copyright on the ADD. He has confirmed that he supports OpenStreetMap using the ADD as the primary source for Antarctica. (from email sent by Dr. Adrian Fox to Christoph Hormann on March 06, 2013)

Credit on the contributors page is required and has been added there.

The SCAR emphasizes that accuracy and reliability of the data is possibly much lower than for comparable data sources elsewhere on earth. The full disclaimer detailing these warnings can be found on the ADD terms page.

The data is assembled from various sources of different age and resolution, ice coastlines are mostly relatively new (~2010). The rock outcrops data is older than the coastlines in many parts and therefore does not always match. There are some errors in the coastline data (wrong classification land/ice shelf) that can be detected (but not easily fixed) during conversion.

Details on the available data and attribute translations for the import are described on a separate page Antarctic Digital Database/Data. 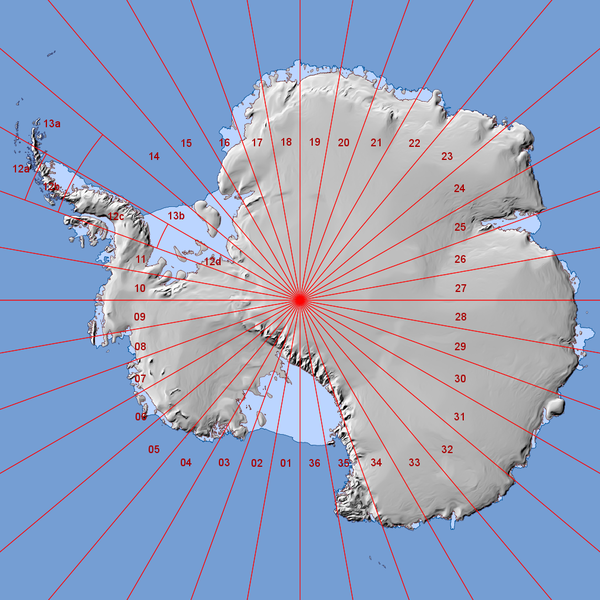 Tiling for the ADD import

Based on the Import guidelines the following things have been done/are planned in preparation of the import:

The ADD data is quite detailed so even for only the coastlines it would need to be imported in smaller parts. Since in most parts of the continent the data is concentrated near the coastline it makes most sense to split it into longitudinal segments for import. At the Antarctic peninsula where data is more detailed then elsewhere data is further split by latitude. See the map on the right for details on the tiling scheme.

A few of these tiles have been converted by User:Imagico using Ogr2osm. Some formal inconsistencies (mostly due to coordinate system distortion) have already been fixed manually in these files. Note the ADD data contains some errors like wrong classification of ice shelf areas as land - some of these have been fixed during manual post processing but there might still be some in the files.

All ways in the files have been simplified in JOSM using a tolerance value of 1 to avoid meaningless detail, especially on the grounding lines.

If you want to participate in the import choose a tile, download the data for it, enter your name in the User column for this tile, change the status to In work and work on this tile. Once you completed the import make sure to document this in the table as well (change status to Finished and link to the changesets you created).

The following hints might be useful for working on this import:

You should limit each changeset to a single tile. They should all get the following tags:

as well as an individual comment=* containing the tile number and information on merging with existing data etc.

Here you can find links to the data for import and documentation of the progress. Everyone is invited to participate in the import effort.

The POIs (research stations, camps, airfields and historic sites) have been converted separately for the whole continent:

The following table contains the links to the converted ADD data. The Xapi links given can be used to get the existing OSM data to merge with. They include a 0.5 degree margin on all sides.