Code and scripts are in our github repo.

Join discussion at our google group and on slack in the #osmimport channel.

The specific datasets we are looking at are:

There was some initial confusion about the data license, but that has been cleared up now. These datasets are in the Public Domain and provided without restriction. Quoting the CoA data policy:

This is a list of people who are working on the import, along with each of their import usernames:

Buildings and addresses have been bulk imported and we are currently working on validation and clean up now.

The OSM Import/Guidelines and Automated_Edits/Code_of_Conduct pages spell out the general process and some rules to follow. It might help to look at successful imports from other cities for ideas. The full list is in the Import/Catalogue page, but here are some particularly relevant imports:

We'll follow the OSM import guidelines and have our plan documented on this wiki page and reviewed by the folks on the OSM import and OSM US mailing lists.

The general plan is to run the source files through an automated data pipeline that will map features and attributes to their counterparts in the OSM data model. The pipeline will also break the buildings up into smaller pieces that can be manually QA'd and imported by individual volunteers. Then, our team of exquisite volunteers will use JOSM to review, adjust and import the processed data. This review / import step will be the most labor intensive part so the hope is to get lots of people involved and make a party of it.

The buildings dataset and addresses dataset are different enough that it is easier to treat them as independent, rather than try to merge and import the two datasets in the same workflow. Only building footprints that are not already in OpenStreetMap will be imported, but we want to assign addresses to buildings in OSM that do not yet have them set. Also, addresses are continuously updated (at least once a month), so we may want to repeat the address import workflow on a more regular basis.

This section outlines the workflow for volunteers who will be working on the import. 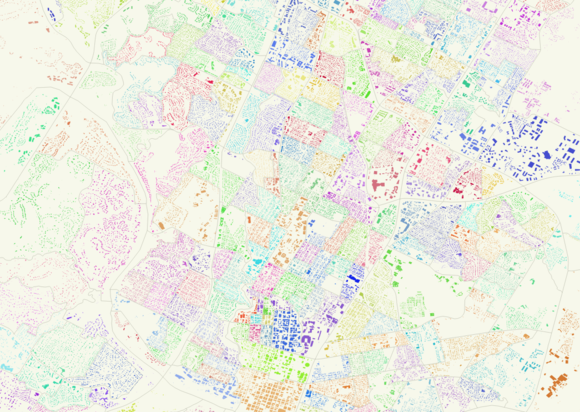 Prerequisites (get cosy with JOSM)

After a thorough review, it looks like the JOSM editor is currently the best tool for an import like this. It provides a platform for efficiently reviewing, adjusting, and uploading data to OSM. The interface is busy and takes some getting used to, but it doesn't take long to ramp up and become a powerful OSM editor, able to import tall buildings in a single bound.

So, install and get comfortable with JOSM. Here are some particularly great resources:

Check out the instructions at the Software Setup page for details on how to install and configure JOSM for the import. You'll also find details on how to create a separate dedicated import account, which will make it easier to keep track of changes.

See the Austin,_TX/Buildings_Import/Contributor_Guide for a detailed walkthrough of the import process.

The data have been processed and divided up into ready-to-import files for each census block group (one for buildings, one for addresses). These files are in an OSM XML format that can be directly imported into JOSM. Most of the setup/download steps can be automated via the [http://wiki.openstreetmap.org/wiki/JOSM/Plugins/RemoteControl JOSM remote control API to streamline the import process. The general process is this:

Changesets made during this import should include #atx-buildings-import in the comment and have the following tags set:

This section details the data processing steps that prepare the data for import.

The table below lists the OpenStreetMap tags that are set by the data processing scripts. buildings.FIELD_NAME refers to the field FIELD_NAME of the building footprints shapefile.

To prepare buildings for import, the data processing scripts work through the following steps:

The table below lists the OpenStreetMap tags that are set by the data processing scripts. addresses.FIELD_NAME refers to the field FIELD_NAME of the address points shapefile.

To prepare address points for import, the data processing scripts work through the following steps:

Addresses will be merged with buildings where if there is a 1:1 match (based on spatial intersection) with a building, or imported as individual nodes if not. This means there will be 3 possible files to merge per census block:

Smallish tasks we can do after the main import:

Here is a tool that converts the City of Austin public art dataset to OSM format: https://github.com/chip-rosenthal/osm-import-atx-public-art

The resulting OSM file loads into the JOSM application without error, but is not yet ready for import. (There is a README file in the repo that lists some of the issues.)

That data could be imported too, once the rights and process issues are worked out.