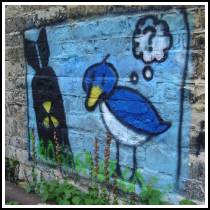 Each object contains a fair amount of meaning. This is a railway station, so it's open to passengers, trains call here, you can wait at it until your train turns up. This is a chemist, so it's a type of shop, you can buy medical goods at it.

The mapper can, of course, add extra tags to make the definition more precise. So, with the chemist, you might add opening hours if it's an all-night chemist. With the railway station, you might add an 'access=private' tag if it's, say, a military railway station (we have one of those near Bicester, UK) or a private one (we have one in Scotland called simply 'IBM' :) ). And so on. In true OSM fashion, this is often iterative. You add the basic tag first, then you go back later and refine it.

This approach is because, since mappers are our most valuable resource, we optimise for ease of growing the map. The data consumer is expected to postprocess, which of course they'll be doing anyway (rendering, generating routing database, extracting and reformatting as a gazetteer, whatever). But they only need to do the postprocessing they want. A renderer may choose not to care that some chemists are 24 hours, and will show them all with the same icon. A train simulator certainly won't care about that and may well not care about the private stations - hey, the driver still stops there. And so on.

This saves you all the work of describing the species every time. If actually it's a rare Outer Hebridean Florglenood which isn't quite a duck though looks and behaves identically, hell, you just do wildfowl=duck, species=florglenood.

'highway=cycleway' is just like this. It's a meaningful object. It means a path with physical characteristics that can accommodate a bike, where bikes and pedestrians are permitted, and motor traffic is banned. It means, basically, that it quacks like a cycleway. This saves a whole bunch of tagging work, and means that clients don't need to care about the details if they don't want to. But again, if you want to refine it, you can. You can have 'highway=cycleway;foot=no' if that's the case. In Sweden there are 50/50 shared paths with designated part for both bicycles and pedestrians. Sometimes they are not segregated. In this special case it is a highway=path that is segregated=yes and optionally you can add foot=yes and bicycle=yes.