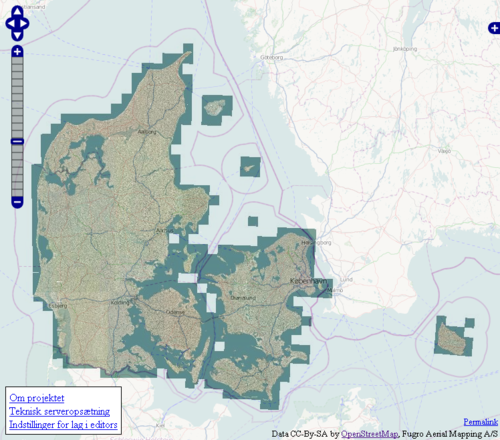 The extent of the aerial imagery provided by Fugro as seen at http://fugro.openstreetmap.dk/

In general the imagery can be accessed with OpenStreetMap tools at http://fugro.openstreetmap.dk/fugro2005/(z)/(x)/(y).jpg, where (z), (x) and (y) is replaced with zoom level and x- and y-position of a tile. This is taken care of by the tools themselves.

In the future the imagery layer should be available in the default setup of the OSM tools. Until then it is easy to manually add the layer in the different editors:

An edition of JOSM later than version 3715 (which has the Imagery extension built in) is required - for instance latest stable edition of JOSM. Select:

The Fugro layer is now available in the Imagery menu. 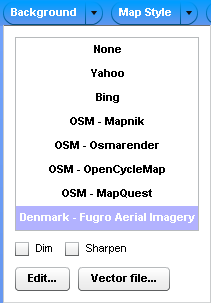 Some older versions of Potlatch2 (older than r25129) don't have the imagery as an option. In this case:

There is no legal requirement of annotating Fugro as a source but it is highly recommended for ordinary bookkeeping, version control, conflict resolution and so on. The imagery is from 2005 so later GPS traces could be more exact if new roads or buildings have been constructed since 2005. On the other hand the map could still be a better resource if the GPS data is simply inaccurate due to urban canyons, too few track points and so on.

You might want to add source=Fugro (2005) or something similar to the changeset or nodes/ways/relations.

Areas that could use work 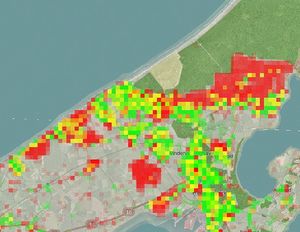 If you are in doubt of where to do some tracing you can simply look at the coverage layer at Rasher's map.

There is a heap map based on whether the addr:street=* names in address nodes in the area also have similar named roads in the vicinity. Red areas indicate lots of address nodes without corresponding ways.

Most of the imagery is exact down to a few meters - usually more precise than GPS observations. This means that in most cases one can just trace away. However the precision is not guaranteed, and especially in areas with large difference in heights the imagery tend to be less precise.

As the precision is not known it might be useful to find a base of reference. Existing GPS traces and OSM data might not be precise either. A high quality reference base is the existing address nodes that have been imported for most of all Danish addresses. By comparing the imagery to the addr=* nodes it is possible to verify that the address nodes are placed on the buildings. Are they placed away from the buildings it is usually possible to offset the imagery layer in the editor to ensure a better offset.

For areas without existing data it would still be very valuable just to trace roads from the imagery even with an unknown precision. The tracings can always be improved on, and in many cases it is more important to conceptually add the existence of a road and connection to other roads as well as the relative position of other roads, than the position of the road itself is 100% exact. We already have roads traced from aerial imagery and GPS traces at a lower resolution.

The address nodes might refer to places created after 2005. Aerial imagery without buildings, but with a lot of address nodes, would usually imply newer construction in the area.

History of the project 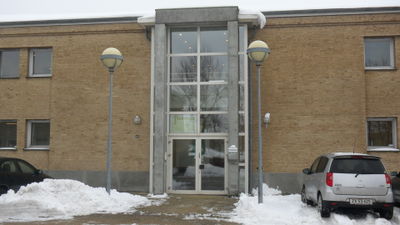 Mapper Peter Brodersen had a meeting with the company at 10. September 2010 to talk about the possibility of using the orthophotos for tracing data as the Yahoo! Aerial Imagery isn't very detailed and only partially covers Denmark.

This is great news. We are really happy to have access to this resource for free.

Peter visited Fugro once again at the 7. December 2010 and got a copy of all the imagery to a local hard drive.

A written agreement is necessary to make sure that all of OSM's needs are met. Fugro would furthermore like a contact person in case of server issues, image abuse and so on.

The complete data could be about one terabyte in size. This data needs to be copied to a storage medium such as a hard drive. If no mapper has a drive of this size perhaps the Foundation could help us out here.

The image data must be put on a server with a good Internet connection. Peter Brodersen might have room on his server. Otherwise a volunteer with server capacity must be found. Once again, perhaps the Foundation has servers or other resources in place.

A tile server should be running on top of the image data. Fugro mentions that MapServer [1] might work fine with their data.

This new image layer should be present in mapping software such as Potlatch and JOSM. JOSM has SlippyMap and Potlatch supports custom map backgrounds.

Ideally Potlatch would use this image layer per default when editing in the area of Denmark. The Yahoo! image layer is pretty much useless in most of Denmark. Whether this is possible with the current implementation of Potlatch and OSM web page (with regard to the "Edit" link) has to be looked at.

It would be a pity if high quality imaging is available in an area but the users don't know that it exist or don't know how to get it to show up.

There are no issues here with regard to license.

Fugro has mailed an agreement for Peter Brodersen to sign on behalf of the OpenStreetMap community. The agreement is in Danish and translates tentatively to:

Agreement for provision of data.

Fugro Aerial Mapping A/S claims no rights to derived, vectorized data created through OpenStreetMap applications, which can be created and distributed under any license, including Creative Commons Attribution Share-Alike version 2.0 and Open Database License 1.0.

The agreement is available online: 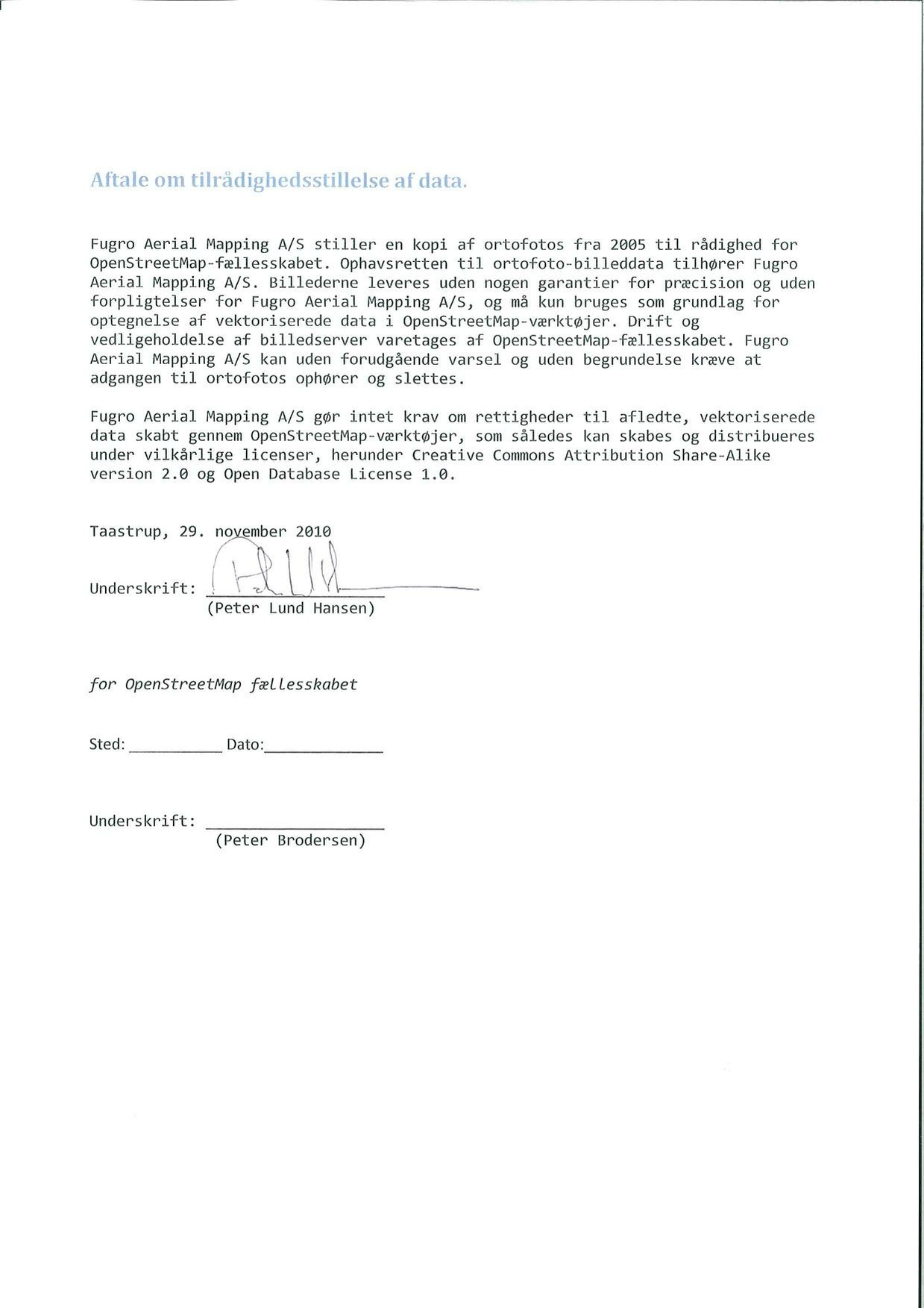 It was signed by Peter Brodersen as well at the 7. december 2010.