From OpenStreetMap Wiki
Jump to navigation Jump to search
Key:4wd only - Other languages 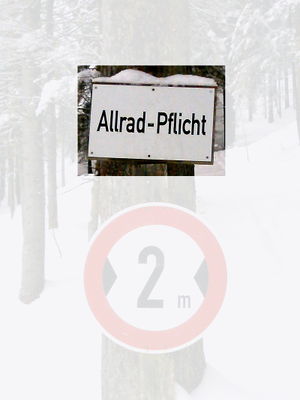 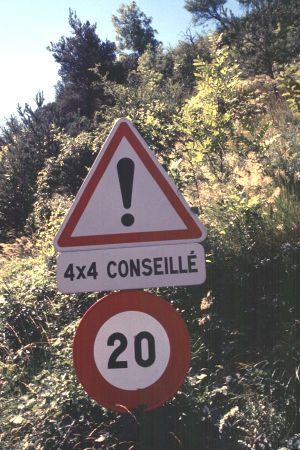 This is not a roadway. A 4WD Only "access ramp" in Delaware, USA

It is worth defining what is meant by

4WD for the purposes of this tag.

In the context of this tag, a 4WD is taken to mean a vehicle designed for both on road and off road use, generally with:

Examples of 4WD vehicles (these are the Australian names for them at least):

What's not a 4WD for the purposes of this tag:

Lamborghini Murcielago, Audi A4, Nissan GTR etc. If you look at the vehicle and think "there's no way that car could cross a 1.5 foot deep river", then it probably doesn't count as a 4WD off road vehicle.

While the highway=track and tracktype=gradeX tags can be used to determine this, this approach forces all 4WD only roads to be classed as a track irrespective of their actual classification. In Australia, there are a number of major roads which are classed as either primary or secondary that are also 4WD only roads (eg: the Peninsula Developmental Road between Daintree and Weipa in far north Queensland, and the Buntine Highway in Western Australia)

Any road tagged 4wd_only=yes can be rendered with (4WD Only) after the name of the way.

While this tag was a little controversial with people claiming we should just use the smoothness=* tag, this doesn't cover the situation of instructions on signs.