The goal is to import bike parkings from the Madrid city council database, see: Import_Ayuntamiento_Madrid (in spanish)

In Madrid there are 180 bike parkings already in OSM. We'll merge them.

The original dataset is shp format. It includes a total of 1,185 spots. Some of them are reported stolen or broken and therefore won't be imported.

We'll use the shp file for processing. You can download the data here.

After sending the report with the problems and errors found during the drinking water import, including a section about the license, got a response from the "Subdirección General de Transparencia del Ayuntamiento de Madrid" (the data owner), and they confirmed me that we comply with their attribution clause using their data in OSM if we clearly specify the source and the source:date, the way it was done on the Madrid_Drinking_Water_Import. And they do like the work we are doing :) Kresp0 (talk) 13:20, 16 October 2016 (UTC) 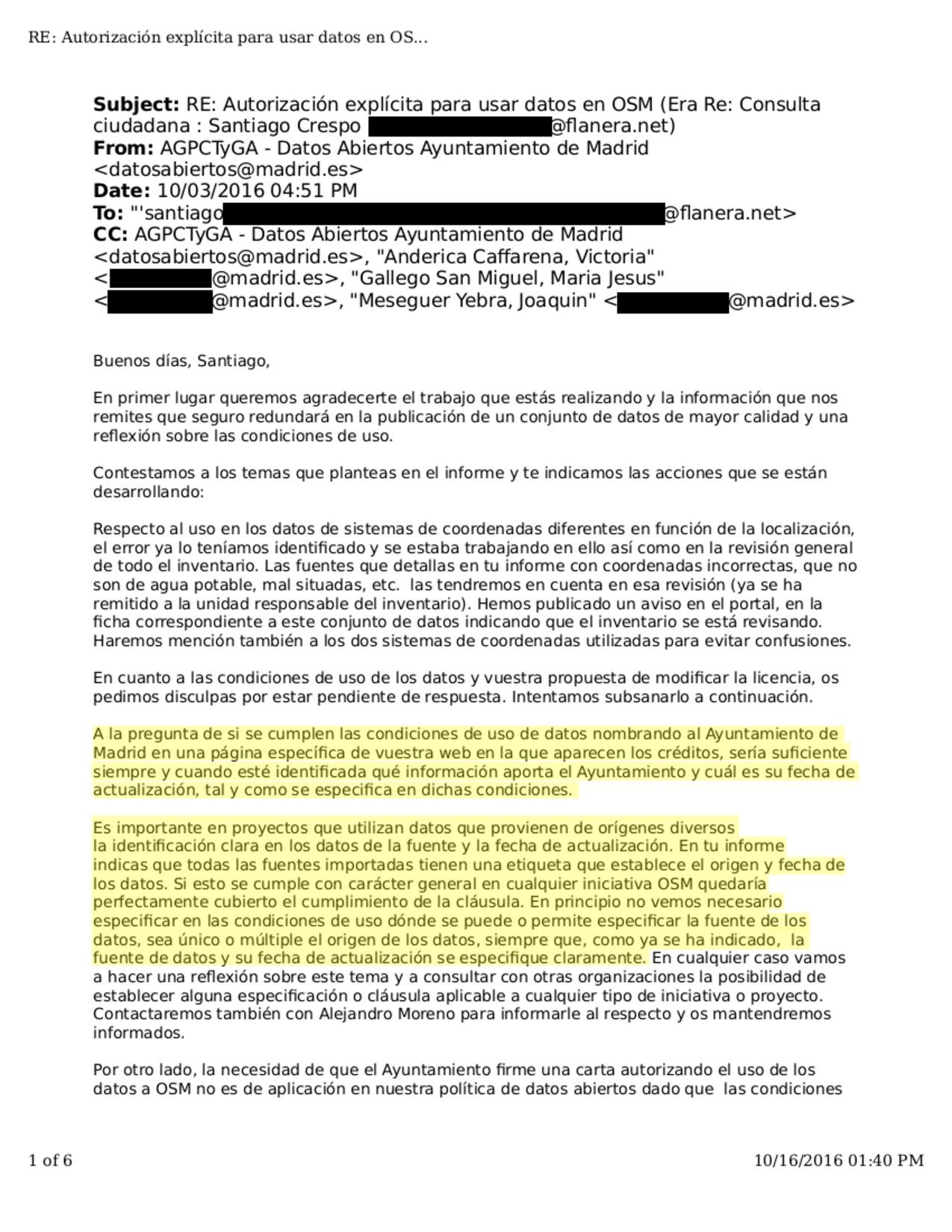 The import will be done manually, with the data divided in sets of 50 nodes, so it can be assigned to different volunteers.

As mentioned before, the data file we have chosen is in shp format. Some corrections are part of the data conversion script. Some of the fields aren't relevant and will be ignored, while some others have been used to discard the node.

To all the nodes, we will add the following tag:

Data is in shp format. After converting the file to osm format using JOSM with the opendata plugin, we process the file using a shell script and divide it in chunks of 50 nodes for importing using xml_split.

Import will be undertaken by experienced OSM volunteers, following a strict workflow. Each volunteer will choose a file with 50 nodes and will import them to OSM, while merging them with the old ones they may encounter.

There are 180 bike parkings in the OSM database for the Madrid area. Some of them are independent of the new ones, and therefore we will leave them in the map unchanged. But many others are a duplicate of one of the new nodes. In this last case we will use the JOSM Merge tool (M), with which we will keep the node id of the old one (and therefore its history), transfer any useful data from the old one (like covered=* for example) and change its location to the new one. As the M tool merges all data, before doing so we will manually delete any tag that isn't needed or it's wrong in the old node, like addr:country=*.