A road passing beneath a bridge 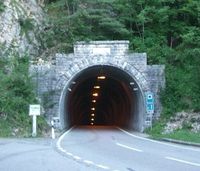 Bridges and tunnels assist travel. They span barriers that otherwise impede travel such as mountains and ravines. They also reduce the interaction between travelers in cases such as grade-separated railway crossings, and motorway interchanges.

The Project of the Month is to add local bridges and tunnels to the map.

Bridges and tunnels are linear features in OpenStreetMap.

Both bridge and tunnel tags are modifiers to existing ways. The only required tag for a bridge or tunnel is either

but generally not both.

Some mappers use more detailed classifications, rather than yes. 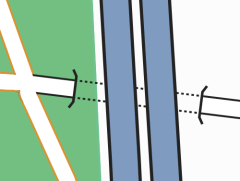 In the illustration, one road way is shown passing beneath two motorway ways in a tunnel. Depending on construction methods and mapper preference, this area might be mapped as two parallel bridges rather than one tunnel.

Either bridge or tunnel is added to an existing way

The start and end of a tunnel or bridge should be horizontally separated from an adjacent junction. 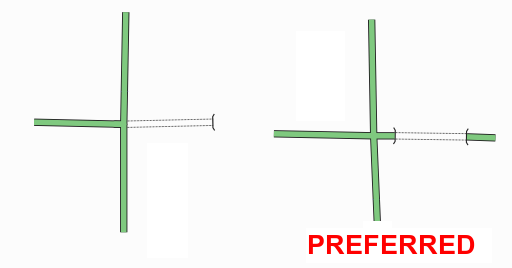 These graphs show the number of bridge and tunnel objects* in the OpenStreetMap database and are updated approximately once per hour.